Knife Bayonet for the M/98kF1 and M/98 Mauser Rifle

After WWII, a large number of German K98 rifles and bayonets were surrendered and became available in Norway. Of these about 250,000 of the best maintained rifles were put to use by the military. Most of these rifles were in 1953 changed to caliber 30-06 and was designated M/98kF1. In Norway only the Navy used the old 8x57mm caliber.

The bayonets had the German designation Seitengewehr 98 and was stamped with med Waffenamt code. These bayonets now got modified and put in use by the Norwegian military. The modification was that the scabbard was modified to fit the Nato belt. On some of the bayonets the securing hoop was welded directly to the scabbard.

The Norwegian Airforce used an adapter that was mounted directly to the existing stud on the scabbard. On these, both the bayonet and the scabbard was stamped with a new yellow serial number.

K98 with scabbard modified by the Norwegian Air Force

The bayonet can be found with both matching (yellow) Norwegian and original German serial number.

The serial number seen from below, 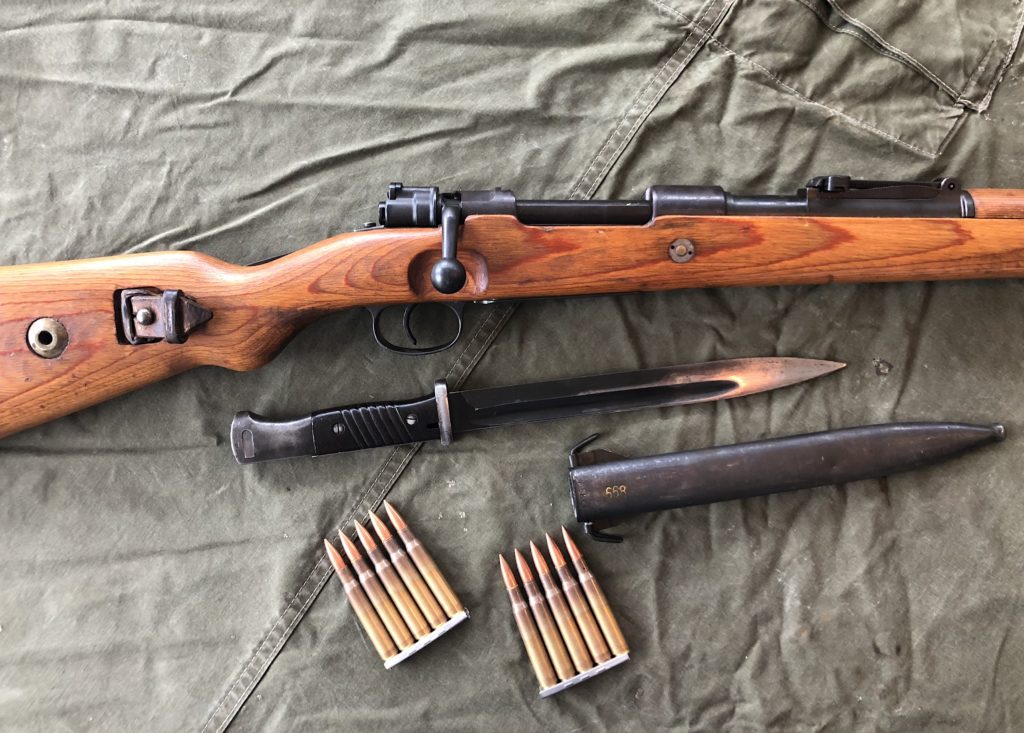