It took some time before production of bayonets started in Norway. The first bayonets used by the Norwegian forces, got produced in Germany and The Nederlands. From 1746 bayonets where delivered from Denmark, and most of these were produced at the armoury at Kronborg Geværfabrik. Denmark and Norway were in a union from 1380 to 1814. From 1536 Denmark was in full control of Norway. Norway did not start its own bayonet production before 1825, with the M/1825 socket bayonet.

The following table presents some of the bayonets used in Norway. 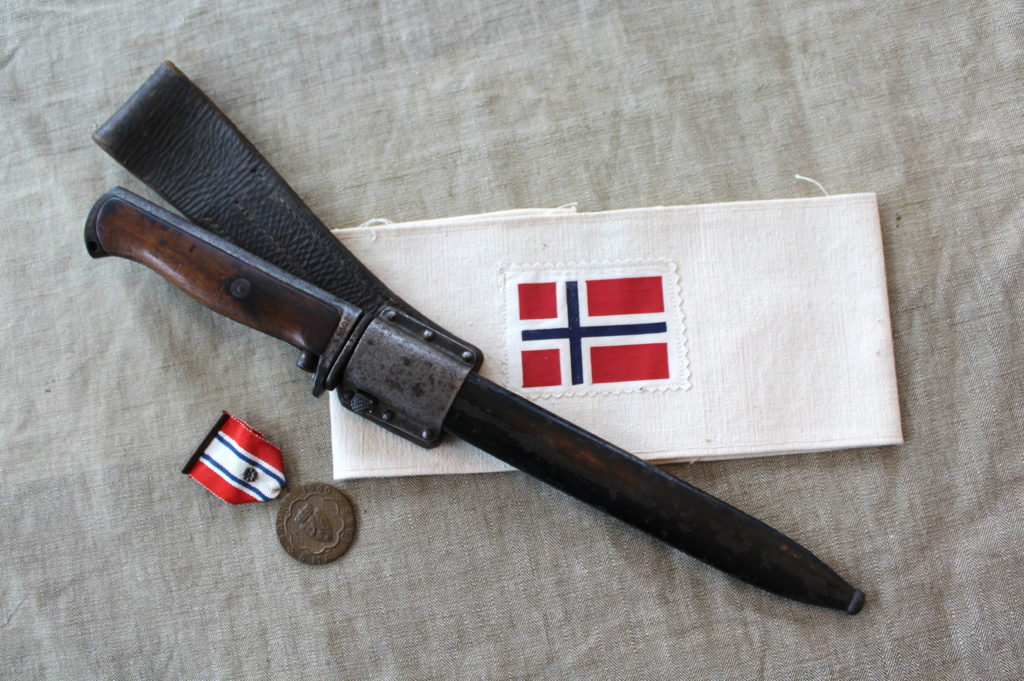 Armband from Milorg with M/1894-bayonet (Husqvarna). Milorg was the main Norwegian resistance movement organisation during WWII. Below the Norwegian participant medal with rosette. The rosette tells that the recipient was participating in the fight agains the Germans twice. First in 1940 and then later in an organisation like in Milorg.