After WWII a total of 31,000 M/1894 and M/1894-43 bayonets for the Krag Jørgensen rifle was modified to fit the M1 US carbine. The modification was ordered by the Hærens Våpentekniske Korps.

At 2. November 1956 the Norwegian army ordered 30.000 bayonets and later additionally 1,000 more. It is not known which company performed the actual conversion.  According to Walther Svendsen, Nordisk Våpenforum no. 3 1986 it should be a company in the Oslo area.

The bayonet was most likely only used by the Home Guard (Heimevernet).

For the bayonet to fit the M1 carbine three changes had to be done. 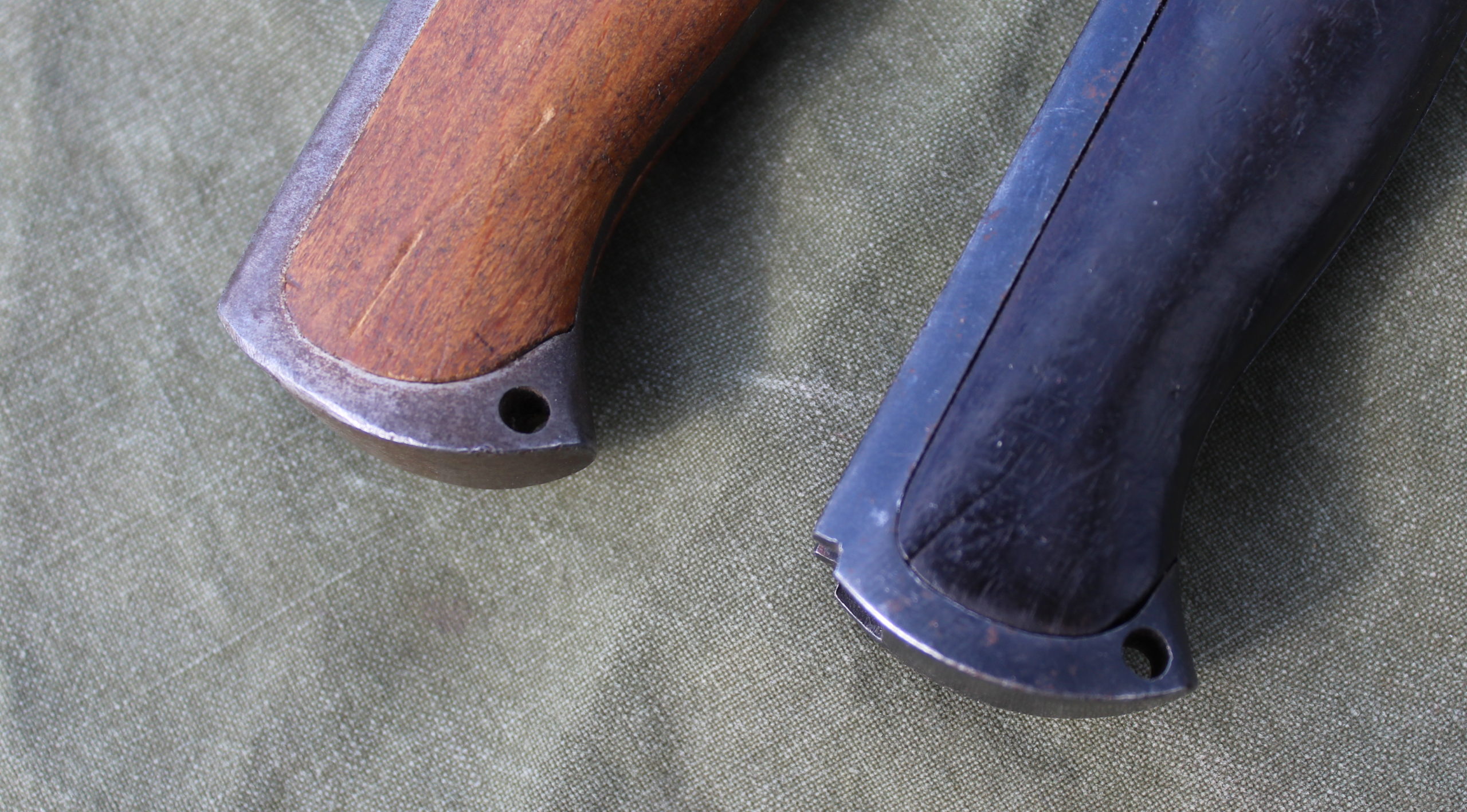 The picture show that it was required to cut away metal at the end of the bayonet to get a tight fit. 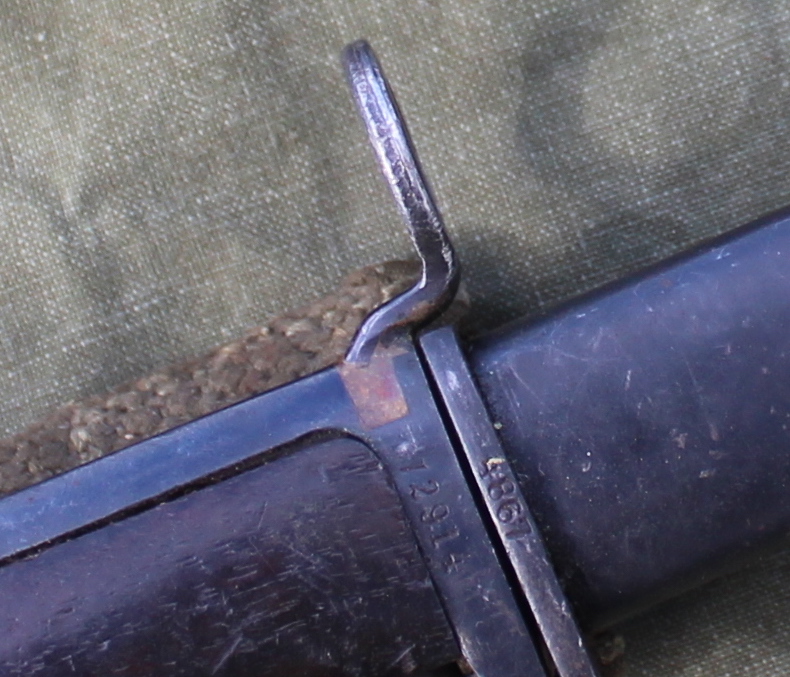 The scabbard was modified by adding a frog in web fabrics. To the fabrics it is attached a metal hoop that fits the Nato belt.

There was an early attempted to convert the existing leather frogs to fit the new American style pistol belt. But the attempt was abounded. I have not seen any pictures of a modified leather frog, but this solution is documented on drawings (Source Walther Svendsen). This solution was simple to fasen the metal hook in the loop of the leather frog. 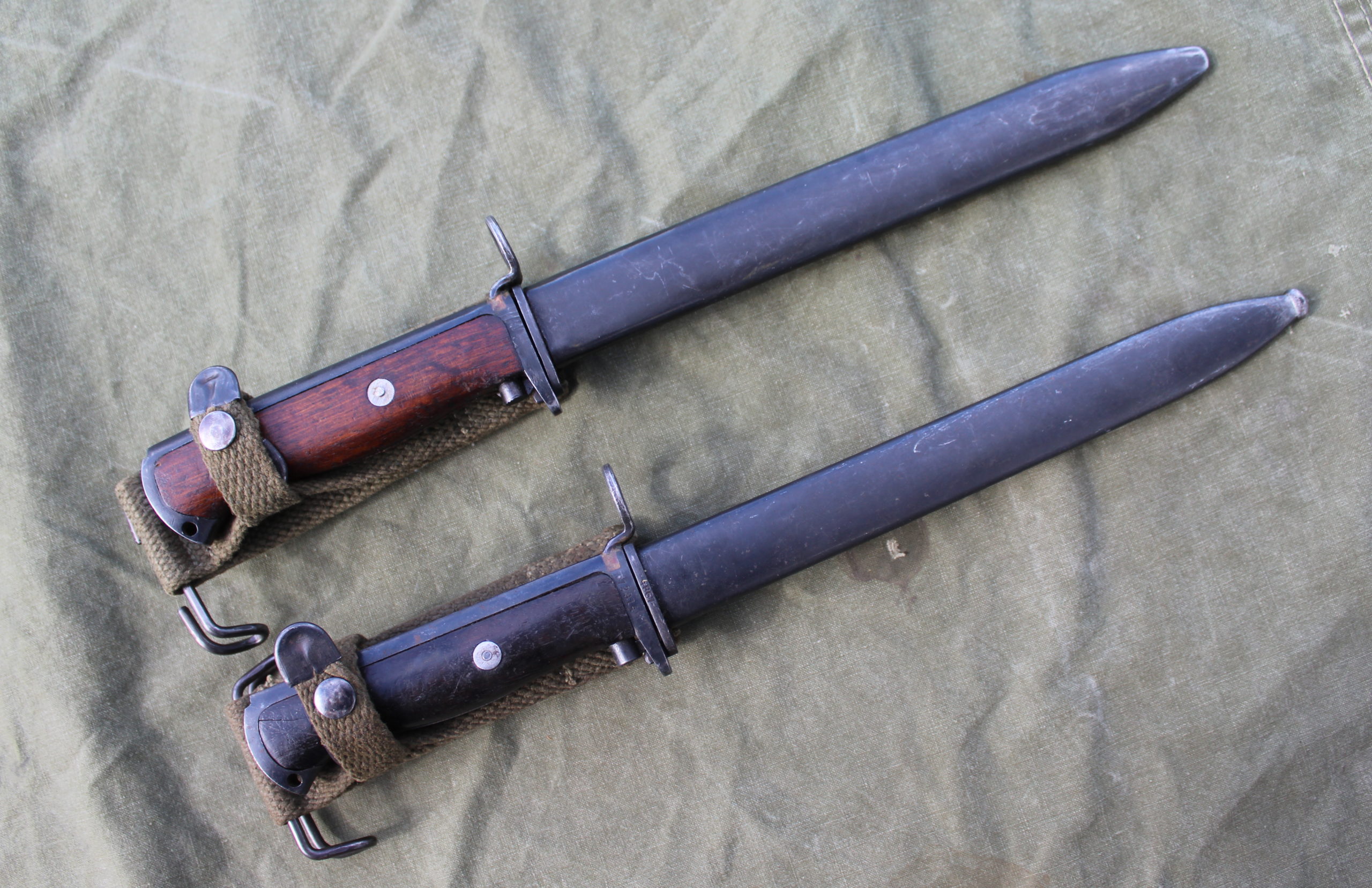 The modification of the bayonets and the frogs was performed separately, therefore it is not common to find bayonets with matching numbers. 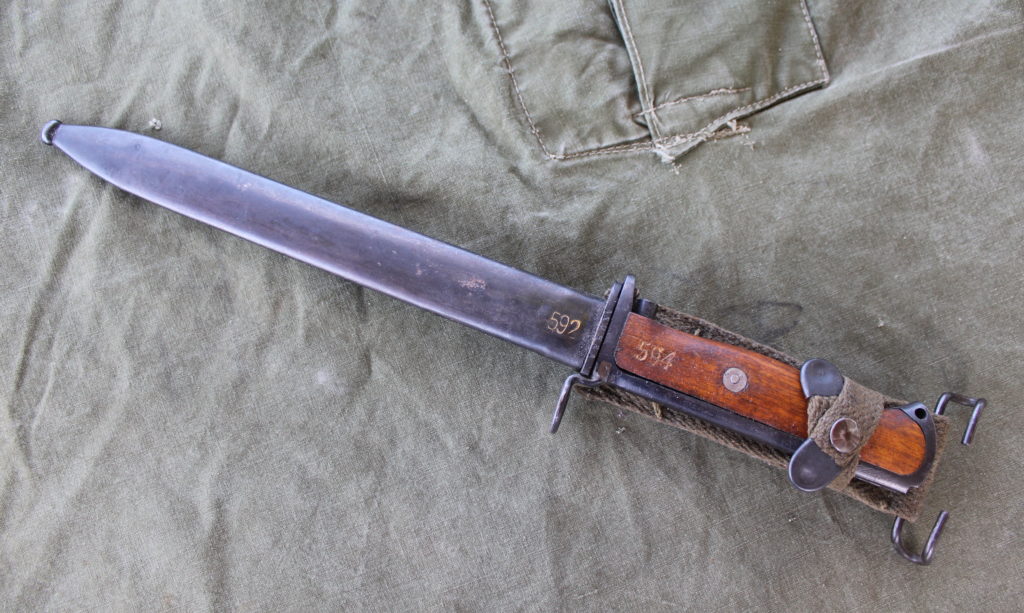 The Norwegian Airforce marked some bayonets with a yellow serial number. The bayonet on the picture is possible marked by the Airforce. But the M/1956 bayonet was mainly used by the Home Guard, so more research is required here. 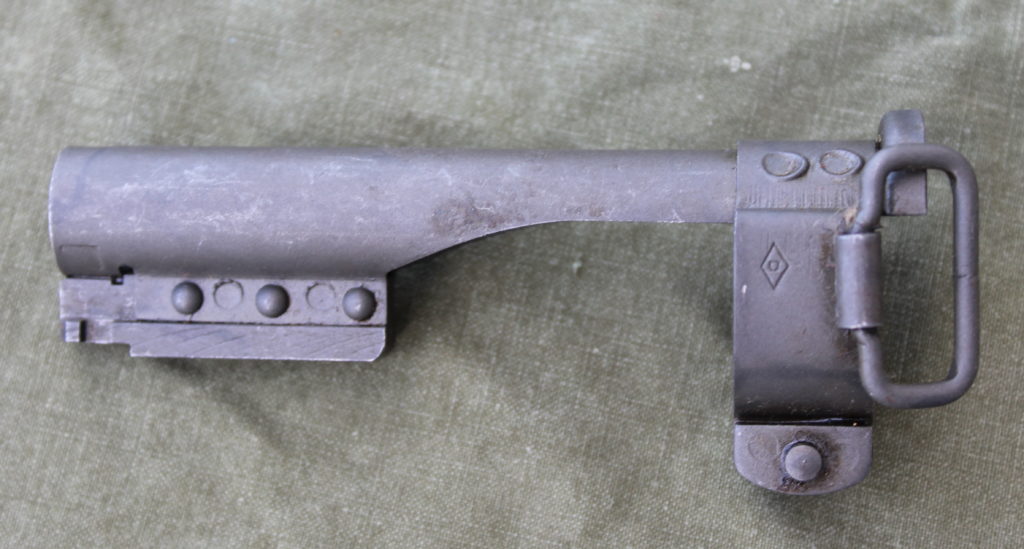 Originally the M1 Carbine was not designed to be used with a bayonet. In 1945 it was made a new mount that would fit a bayonet.