This knife bayonet was created by shortening a Swedish M/1915 bayonet. The long blade was cut down from about 500 mm to only about 185 mm. The blade then got blued. The scabbard is a shortened M/1915 scabbard, a job that was roughly done.

According to Per Holmback only 50 or 30 bayonet was modified. It was most likely used with a M/1915 frog.

The modifications was done at the naval base at Skeppsholmen in Stockholm.

The bayonet has most likely been used for parade. 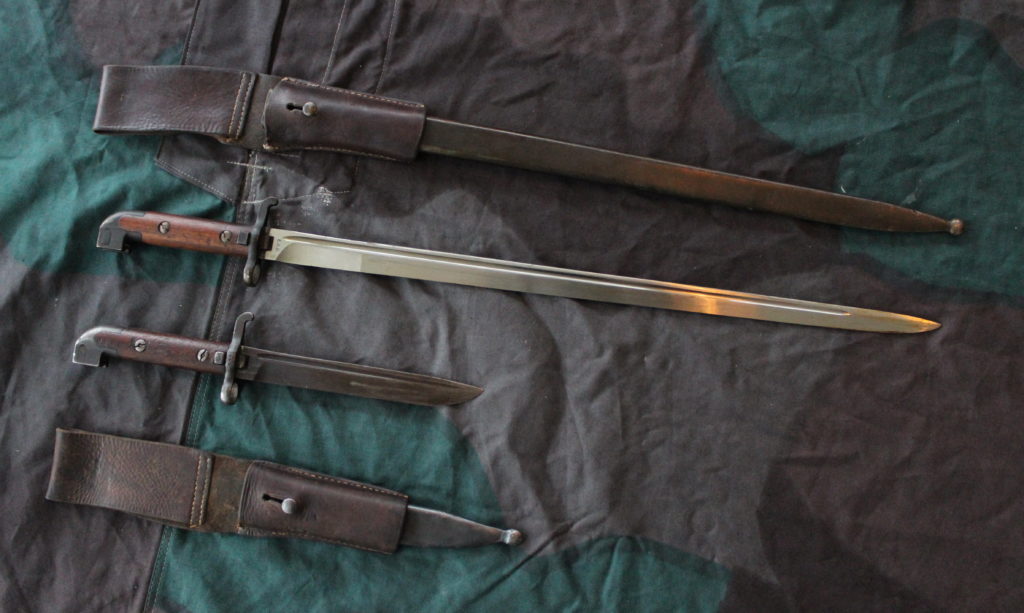