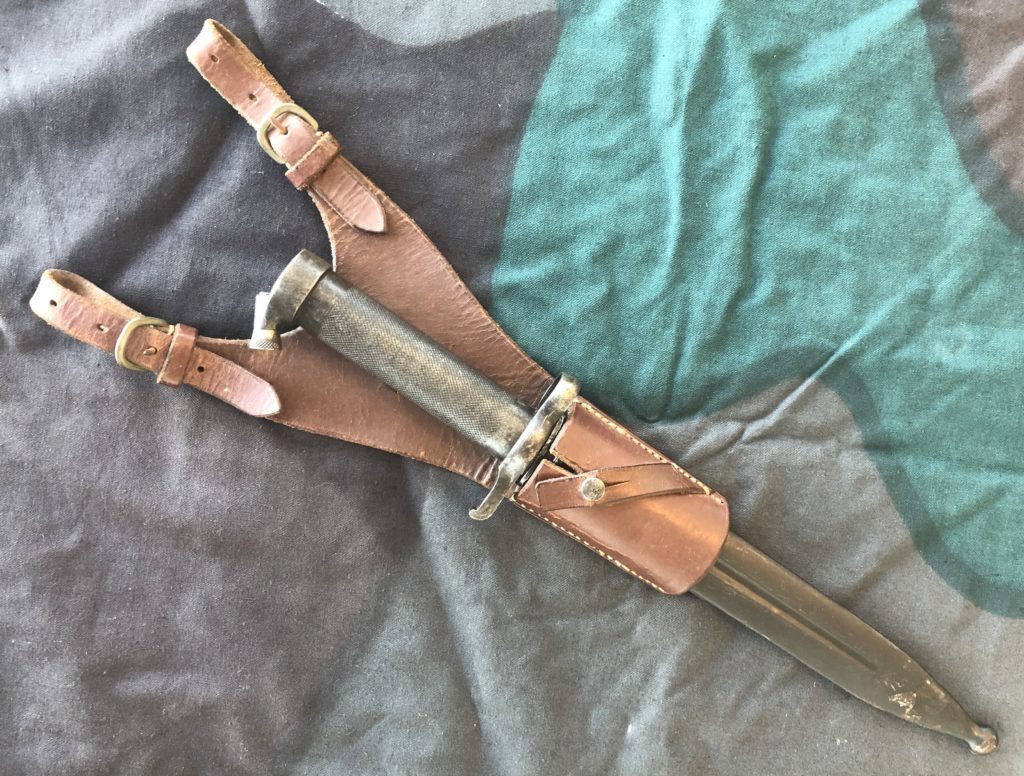 In 1905, it was made some small changes to the bayonet design. This changes is used to separate the bayonet into two main types of M/1896 bayonets, one before and one after these changes.

The earliest type of M/1896 bayonet, have more refined details than the later. But the easiest difference to notice, is that the button at the top of the bayonet, used to release the bayonet from the firearm, is flat. On later bayonets this button is conical. Also there are differences in the edge of the blade. Sometimes you can find old type bayonets where the button has been replaced with the new type of button.

The bayonet was in addition to being used with the M/1896 rifle, also used for the M/1938 rifle and the semiautomatic M/1942 rifle.

The entire bayonet is made in steel both grip, blade and scabbard. There is a number of frogs for the M/1896 bayonets.

The picture show a locking clips, that was used for this bayonet. This clip was used to secure the bayonet to the scabbard, something that was useful to reduce the risk of injuries during bayonet drills.

During the tense military situation between Norway and Sweden in 1905, it was issued an order to sharpen the bayonets. Therefor many of the earliest bayonet have had their egde sharpened.

During WWII the Danish Brigade in Sweden was issued M/1896 and M/1938 rifles with bayonets. In the years before 1950 the Danish Army retrieved about 40,000 of these firearms and bayonets. 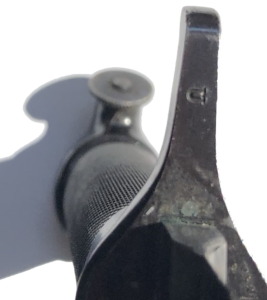 M/1896 early type marked with U (on cross-guard and scabbard). Bayonets marked this was was intended for commercial sale.