With the exception of a few rifles, the Krag Petersson magazine rifle got produced by Carl Gustaf Stads and Carl Johans Vern fabrikker in Sweden. The rifle got tube magazine, and was one of the first repeater rifles that was used in any county. The rifle used rimfire bullets.

A small quantity of about 20 rifles (17?) and all the bayonets was produced at Kongsberg Våpenfabrikk. A total of 975 rifles got produced. The rifles was equipped with a bayonet that was customised to fit a matched rifle. Therefore the bayonet was delivered unnumbered from the factory, but later it got the matching serial number stamped on the guard (crosspiece).

At the first look the bayonet looks very similar to the M/1860 bayonet, but the mortise slot is a bit wider. The easiest way to separate a M/1876 bayonet from the M/1860 bayonet, is that the serial number on the M/1876 is stamped on the crossguard and not on the ricasso. 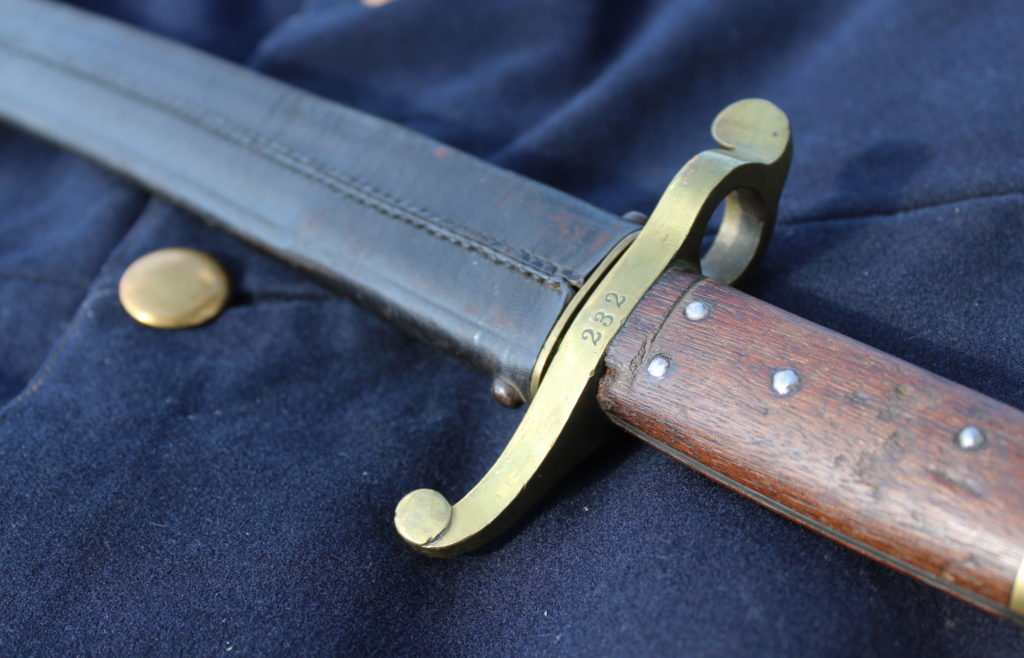 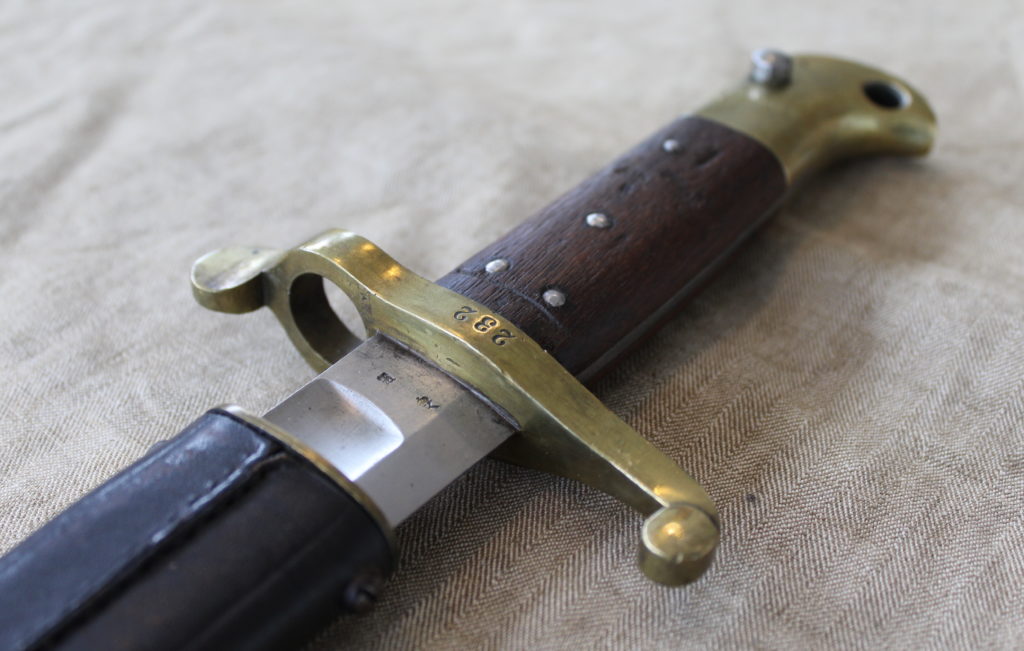 The serial number to the bayonet is stamped on the crossguard

Some of the bayonets used for the Krag Petersson rifle is most likely modified M/1860(-67) bayonets. These bayonet have had their previous serial number ground off. 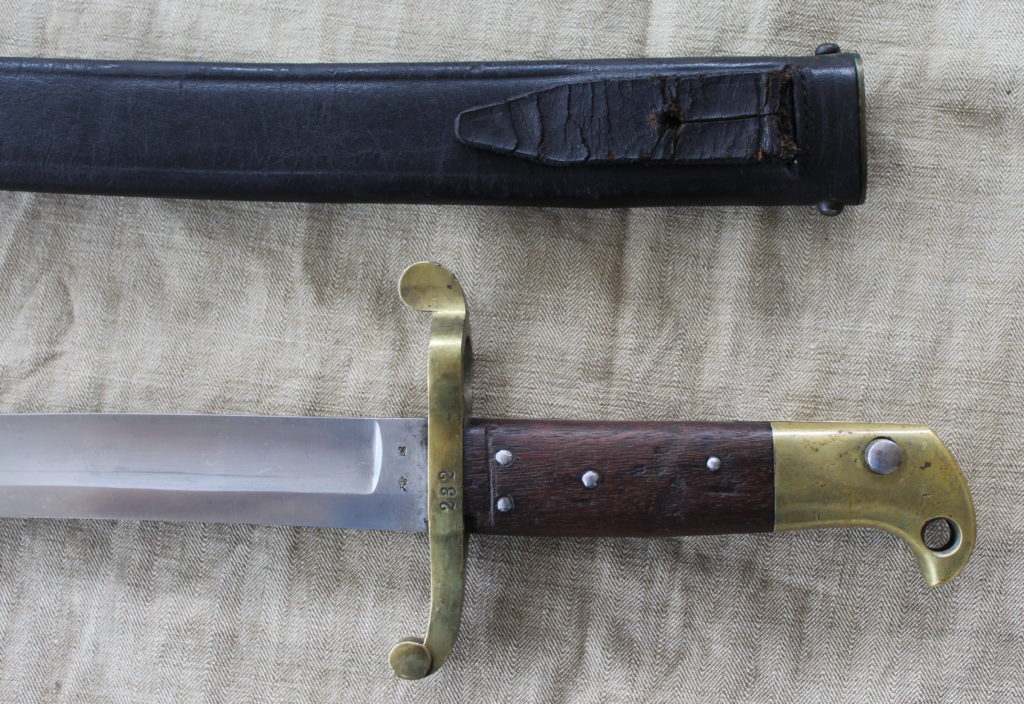