This socket bayonet got produced at Kronborg Geværfabrik for use by the dragoons. The term dragoon was used from the middle of the 1800-century to define a soldier fighting from the horseback utilizing meele weapons and who was fighting dismounted using fire arms. 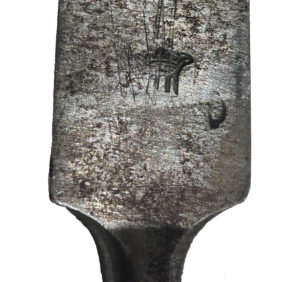