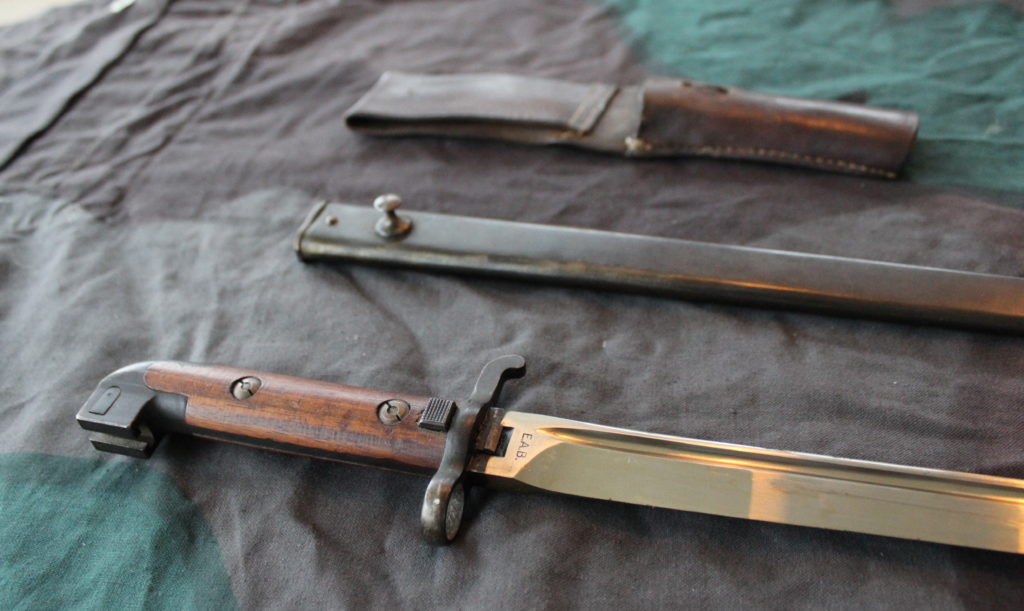 The bayonet got produced at the Eskilstuna Jernmanufactur AB, Carl Gustaf Stad and E.A.Berg AB factories.

The bayonet was delivered with a steel scabbard and a leather frog.

In 1952 a small number of bayonet was shortened to the M/1915-52 knife bayonet at the Naval base at Skeppsholmen in Stockholm.