After three days fighting with the Germans, Generalmajor Carl J. Erichsen (1879 – 1949)  and parts of his 1. division was forced to pull back into Sweden. On the 14. April 1940 they was detained and had to surrender their weapons. The weapons and equipment from these troops got stored in Sweden.

The training of the Norwegian police forces started in 1944. These forces was given the firearms that was stored after the 1. division.

The 1. August 1944, as a replacement for the bayonets, that got destroyed in the fire, the Norwegian authorities in London ordered replacement bayonets. 4,600 bayonets was ordered to be delivered by Erik Anton Berg AB in Eskilstuna.

At the 9. April 1945 the first bayonets with serial number from 1 to 1,000 got delivered to the Norwegian police forces. The rest of the bayonet was probably never issued. 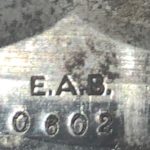 Early serial number indicates that the bayonet was issued. 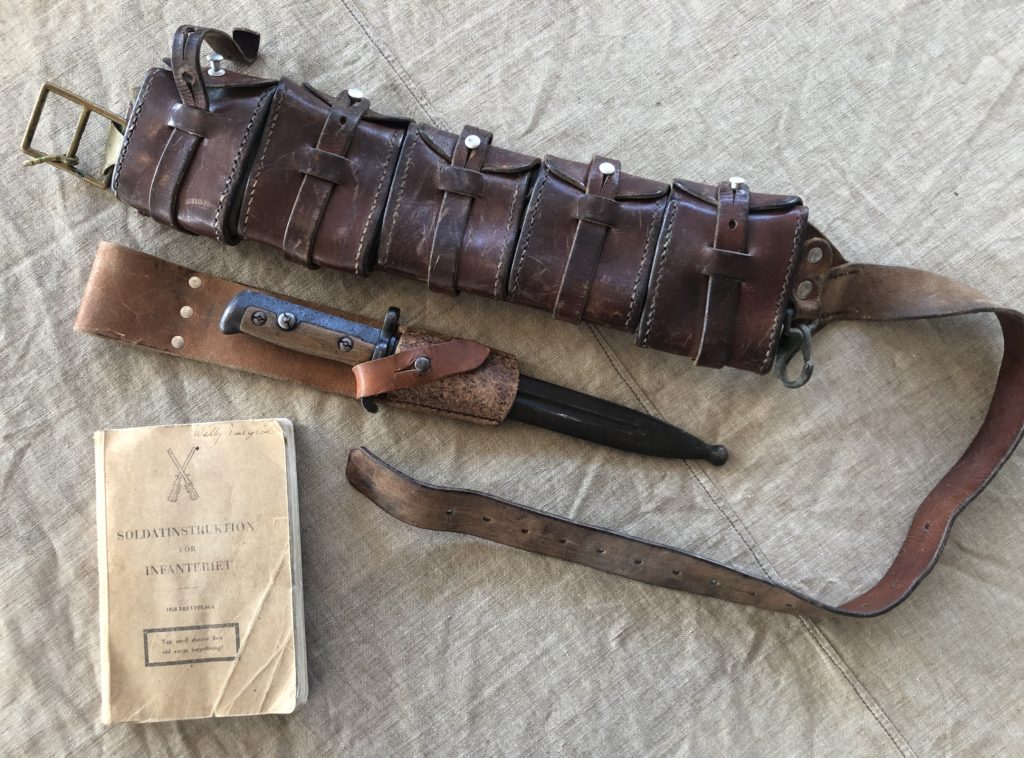 M/1944 bayonet with Swedish M/1896 bayonet frog and bandoleer used by the police forces. The Swedish produces manual for the soldier (Soldatbok) was used during the training the forces got in Sweden. 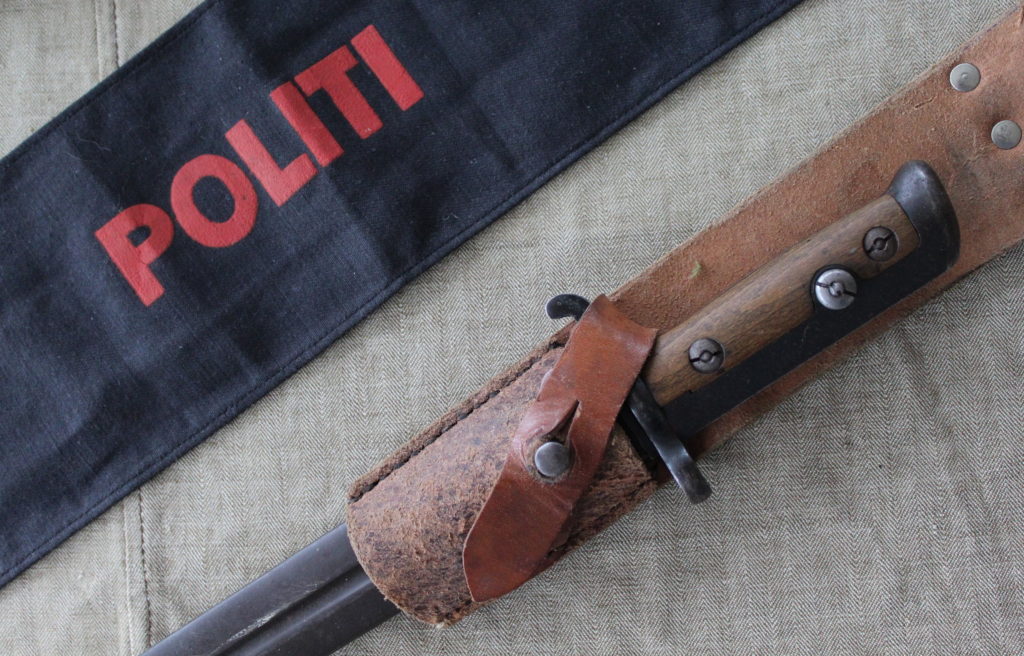 M/1944 bayonet with arm band for the police forces.