28,162 M/1884 cruciform sword bayonets for the Jarmann rifle were produced at Kongsberg våpenfabrikk. There exist a few M/1884 bayonets marked with a crowned H. These might have been made by an unknown producer.

The scabbard seen from below

The long M/1884 cruciform bayonet was used by the army, but the navy thought it was too long and rejected this bayonet. The navy decided to make a knife bayonet with similar grip.

During WW2, the German occupying forces did only rarely used confiscated Jarmann rifles. Most of the bayonets and rifles got destroyed by the Germans, hence both the Cruciform and the knife bayonet is hard to find today. Probably they considered the weapons to be too outdated for they own use, but still dangerous enough if they should be used against them by the resistance. Further the Germans wanted to melt the weapons in order to reuse the steel for own weapon production. Many of the Jarman weapons was sent to Raufoss for destruction. At one time 20,000 Jarmann rifles was sent there. The  bayonet pictured below, was saved when a worker at the factory in Raufoss smuggled it away from destruction. 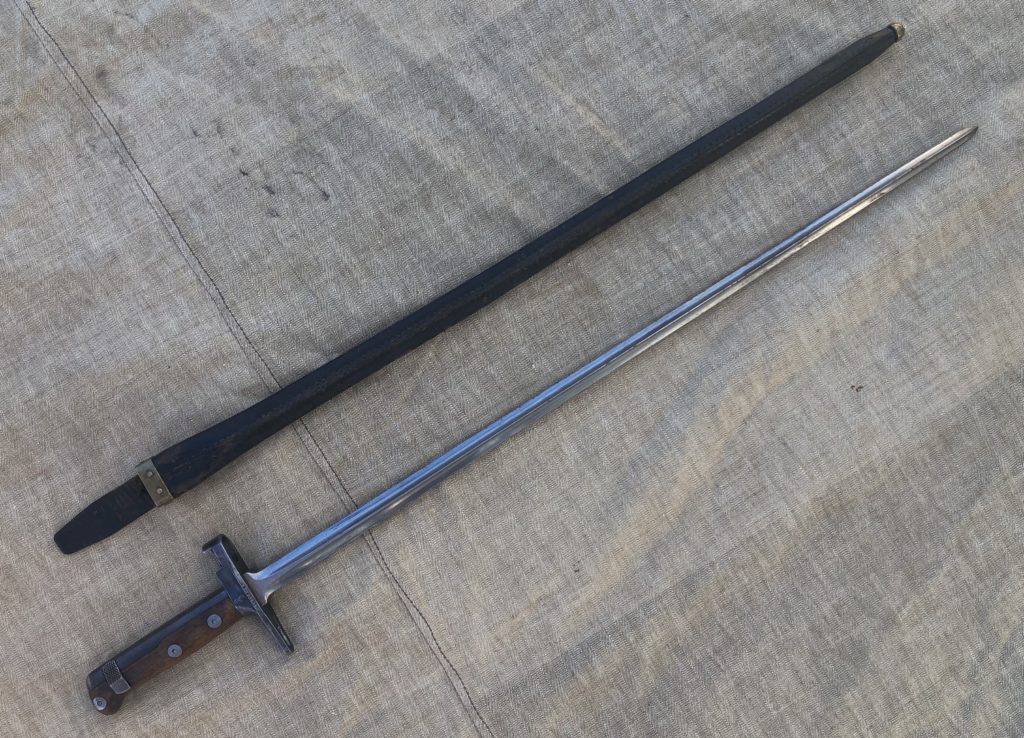 The M/1884-Jarmann bayonet with leather scabbard. The scabbard was made in two different version. The one that is not shown at the picture, has a visible brass chape. 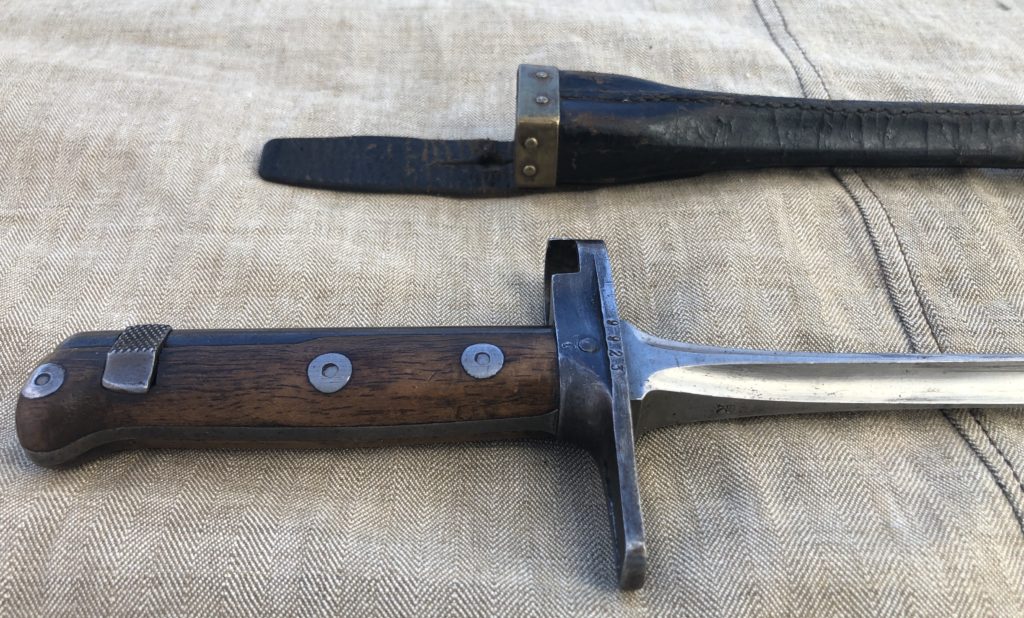 Closeup of the M/1884 cruciform bayonet. 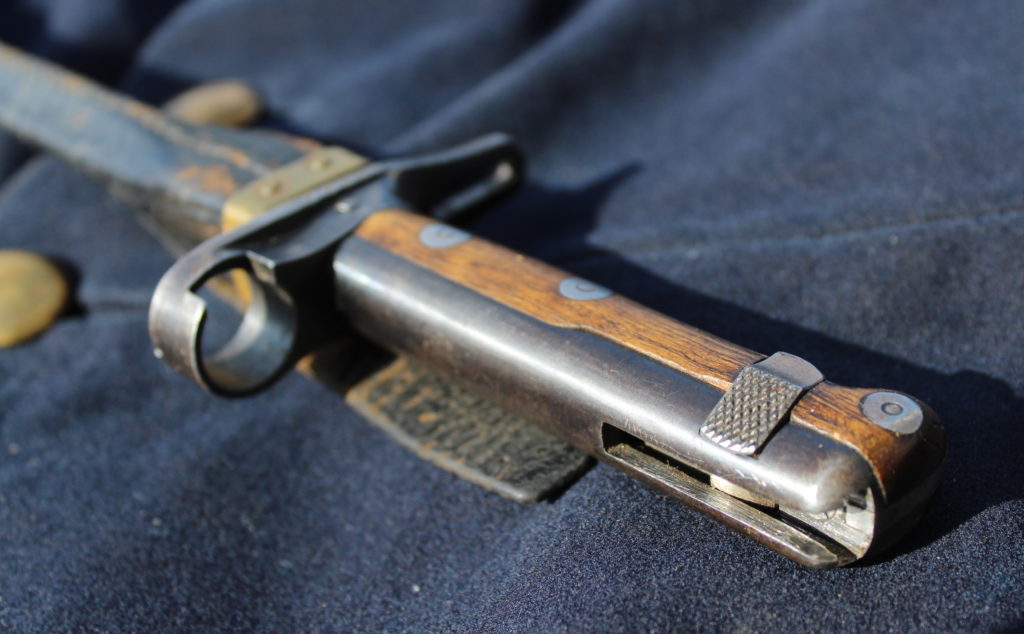