Early in the 1960th, the Swedish military wanted to decide on a standard automatic rifle, and was testing out the G3 and the FN FAL (Fusil Automatique Léger) rifles.

The rights to FN FAL were owned by the Belgian FN (Fabrique Nationale Herstal). The rifle is one of the most used rifles in the history.

FN FAL Para is a parachuter soldiers version of the FN FAL rifle, and the Swedish military tested out a bayonet with knife blade and socket mechanism, the FM/1961 FAL bayonet. 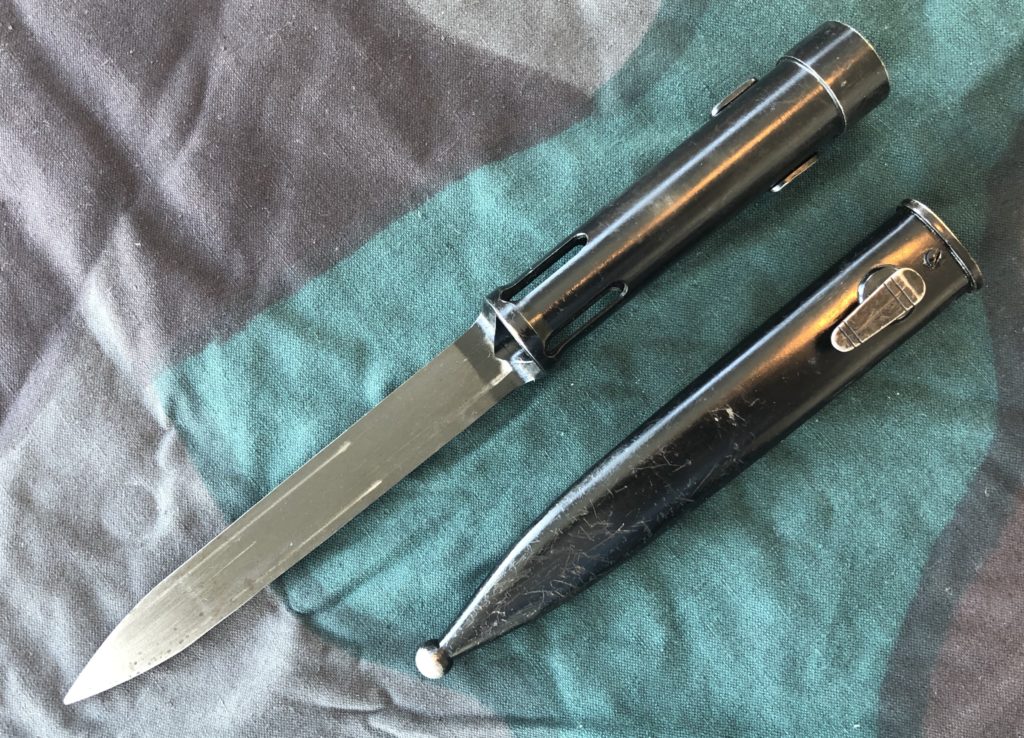 Blade and grips are made in one piece of steel. 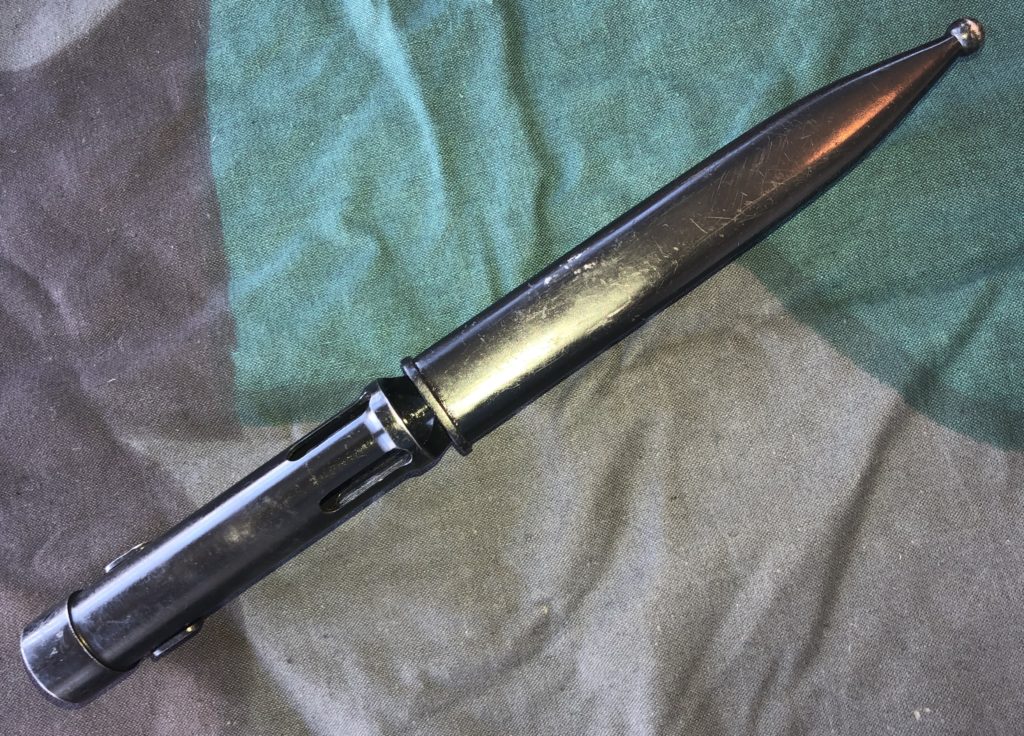 The scabbard was is steel and used an external frog