The origin of the Danish M/1848 hirschfänger is the Prussian M/1810 bayonet used by the Prussian military during the The Napoleonic Wars (1803–1815).

During The First Schleswig War (1848-1851) the bayonet was sold from Prussian to Schleswig-Holstein, where it got used with the Danish M/1803 and M/1807 rifles seized by the forces from Schleswig. In Denmark after the war, it got used by the “Holsteinisches Jäger Battalionen”.

In 1869, many of these bayonet was modified to Hirschfengers, so they could no longer med mounted to a firearm. The hirschfenger (now) got designated M/1869.

The bayonet on the picture below is very corroded by rust, but it is possible to see the remains of the mechanism used to secure the bayonet to the rifle. 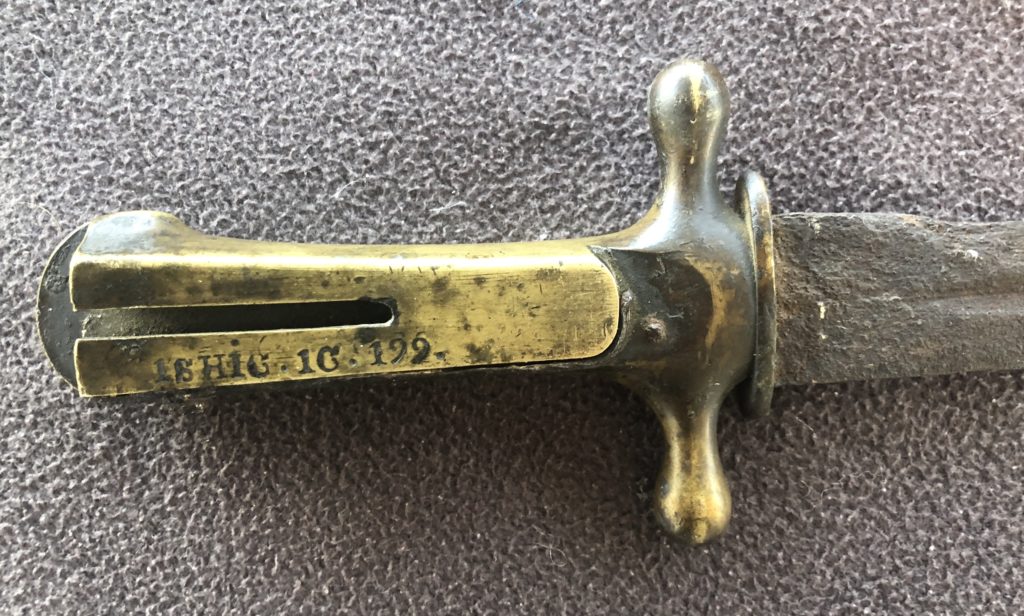 Grip of the M/1848 hirschfenger 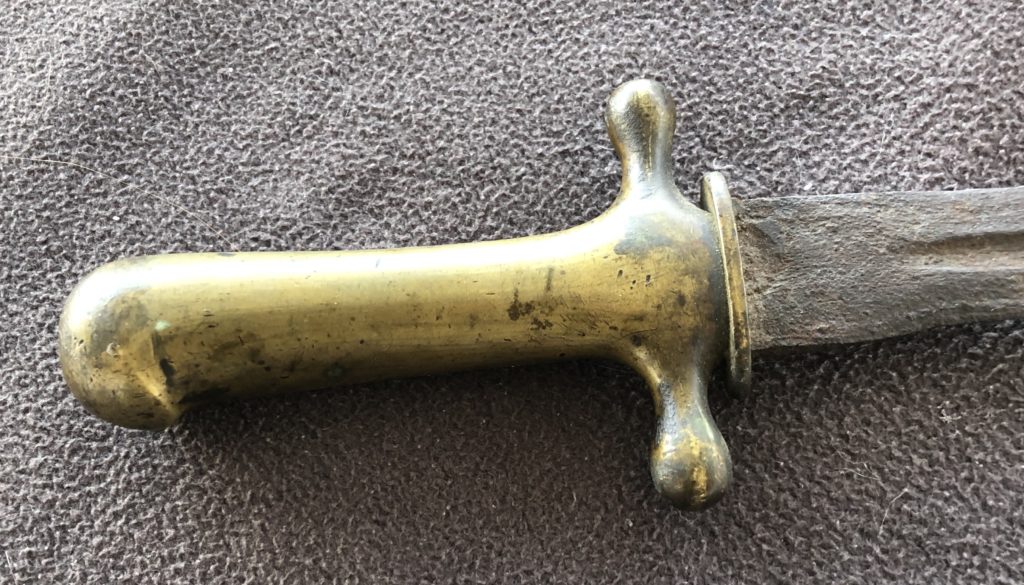 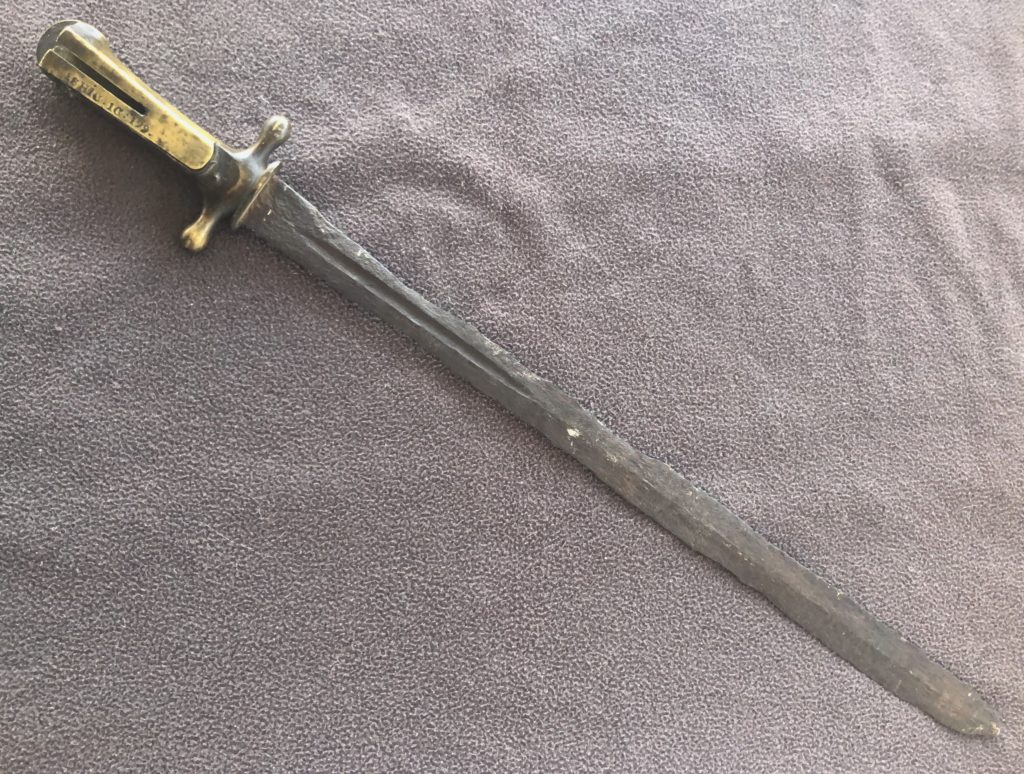 Even if the bayonet is in very poor condition, you can easily see the fullers, at other sources the hirschfanger bayonet is pictured without fullers.