This page displays some frogs for the Swedish M/1914 bayonet. 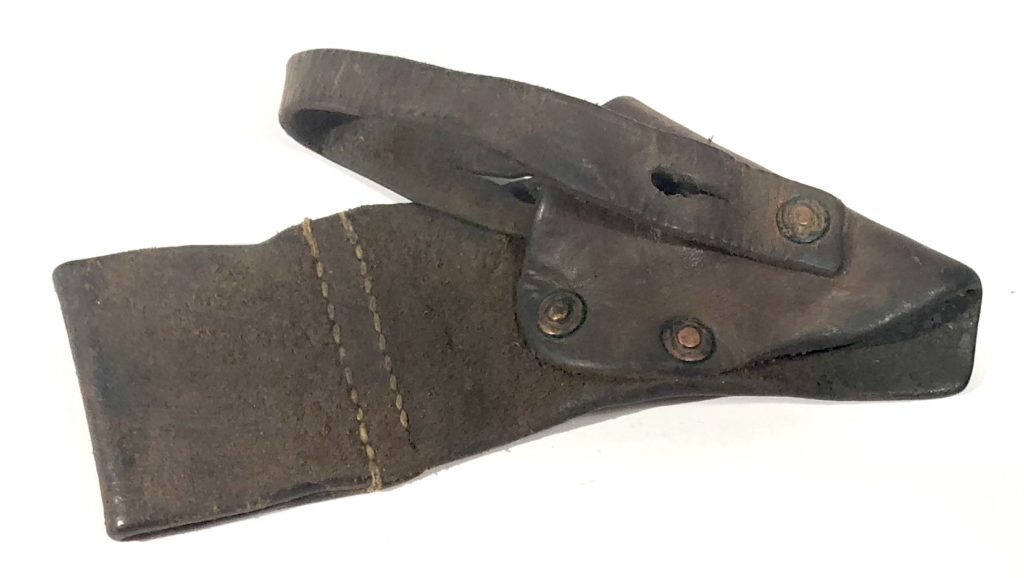 M/1914 bayonet frog used by the cavalry. The frog is made in a way, that put the bayonet in a angle that is practical for a rider to horse 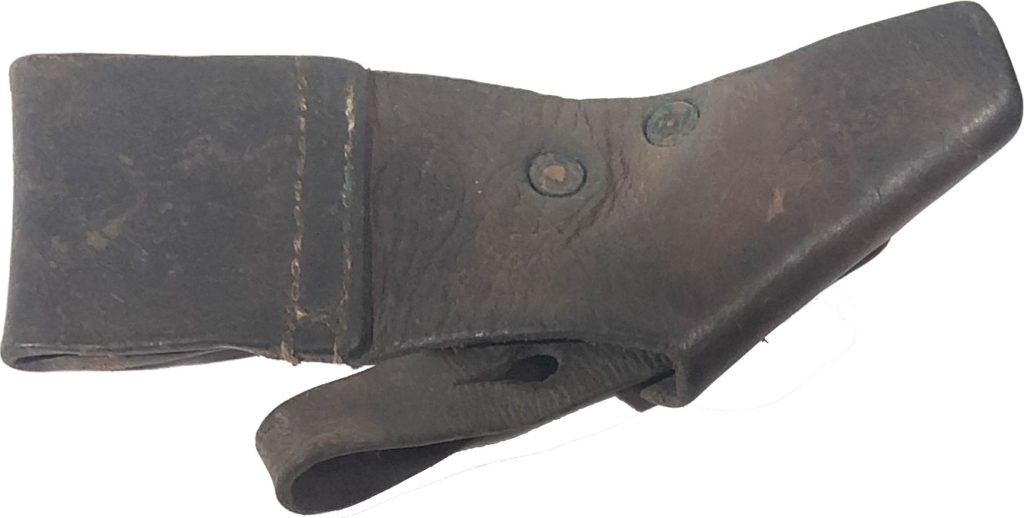 M/1914 frog. This straight frog is modified by removing one of the strap designed to secure the bayonet. 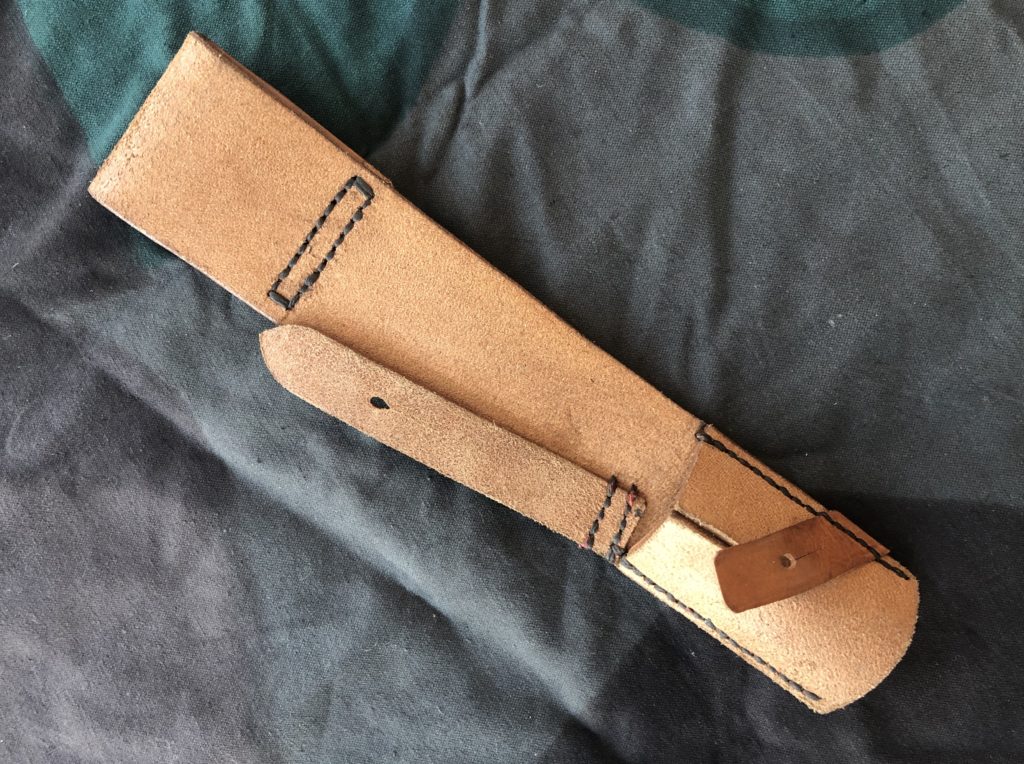 This M/1914 frog is unused and unmarked. The frog is probably made for the private market.