In the years before WWI it was considered an advantage to have long range for the mounted bayonet, and the trend was that they got increasingly longer. For the short M/1912 Krag Jørgensen carbine, it was decided to make a long knife bayonet, M/1913, based on the design from the M/1894 bayonet.

The bayonet was an evolution from the trail bayonet M/1912. The M/1912 had two fullers running to the point of the blade. The test bayonet was considered too weak, and the M/1913 was made more robust, with only one fuller.

The M/1913 bayonet has a fuller that run all the way to the point, while the fuller of the later M/1916 is terminated a bit before the point of the bayonet.

The bayonet got approved 16. June 1913 with the name “Long bayonet M/1912”. The notation “M/1913” used by collectors today, is probably of newer date, and given because of the approbation year.

The bayonet got a leather scabbard with an integrated (sewn) frog. The first M/1916 bayonets had the same type of scabbard as these. 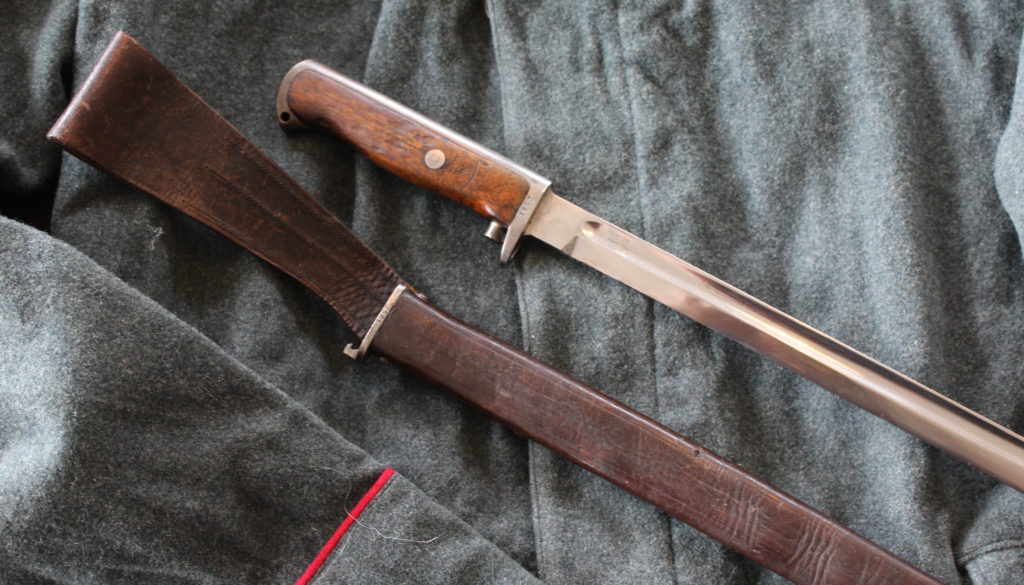 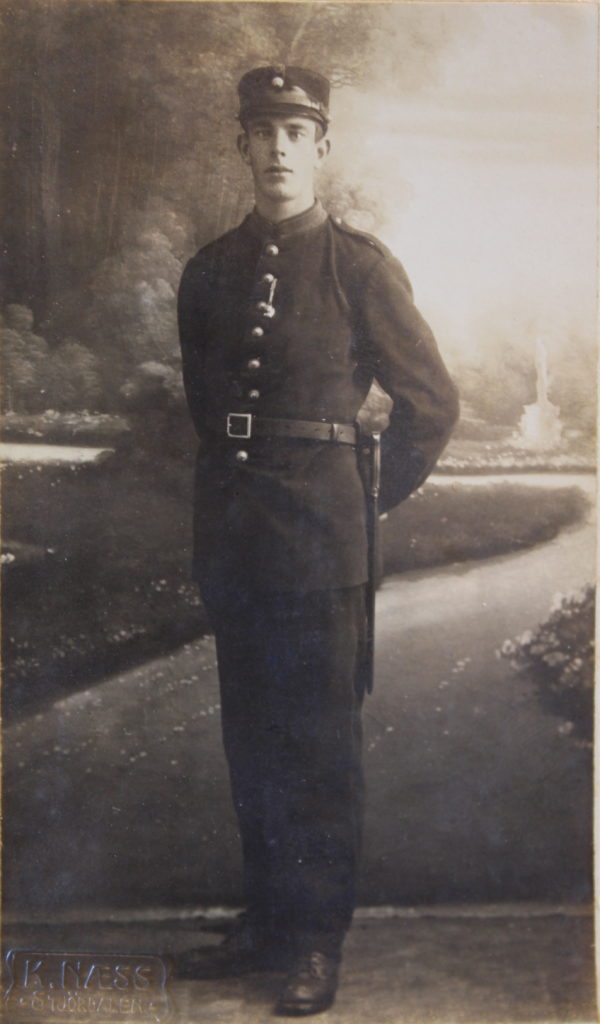