During WWII the German occupying forces in Norway modified a number of Belgian M/1916 frogs for use with the M/1894-43 bayonet. The Belgian frogs was shipped to Norway by the Germans during the war. 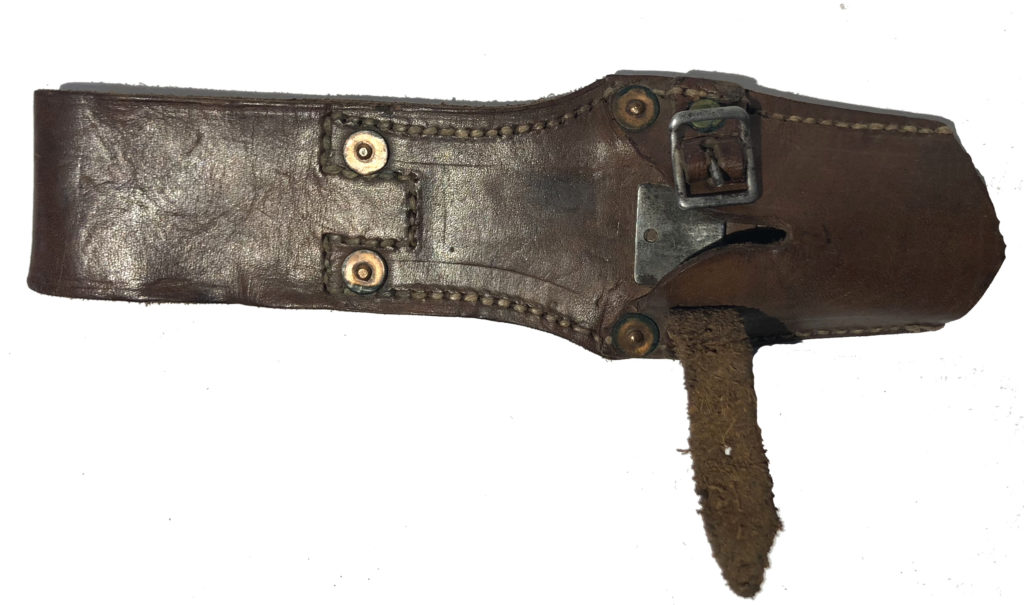 On the backside of the frog the pins securing the metal plate are visible.

The intention of the frog was probably to supply the military organisation “Den Norske Legion” (The Norwegian Legion), which was a part of Waffen-SS. These forces was created by the initiative from Quisling and Terboven, and they used Norwegian military equipment for their training. The ambitions of Quisling and Terboven was to recruit 30,000 soldiers, hence they saw the need to provide more Norwegian equipment. The Norwegian Legion was dispersed in May 1943, after contracts of the few volunteers (about 1,900) expired. About 180 of the soldiers in Den Norske Legion died during the Battle of Leningrad.