The bayonet was produced at the weapon factory Kongsberg Våpenfabrikk.

The bayonets looks similar, but the bayonet to the M/1867 Landmark rifle can be identified on the marking and the serial number. The leather scabbard to the Navy M/1867 bayonet got a brass stud on the back side, and the bayonet used by the army got a leather strap with holes for the buttons. 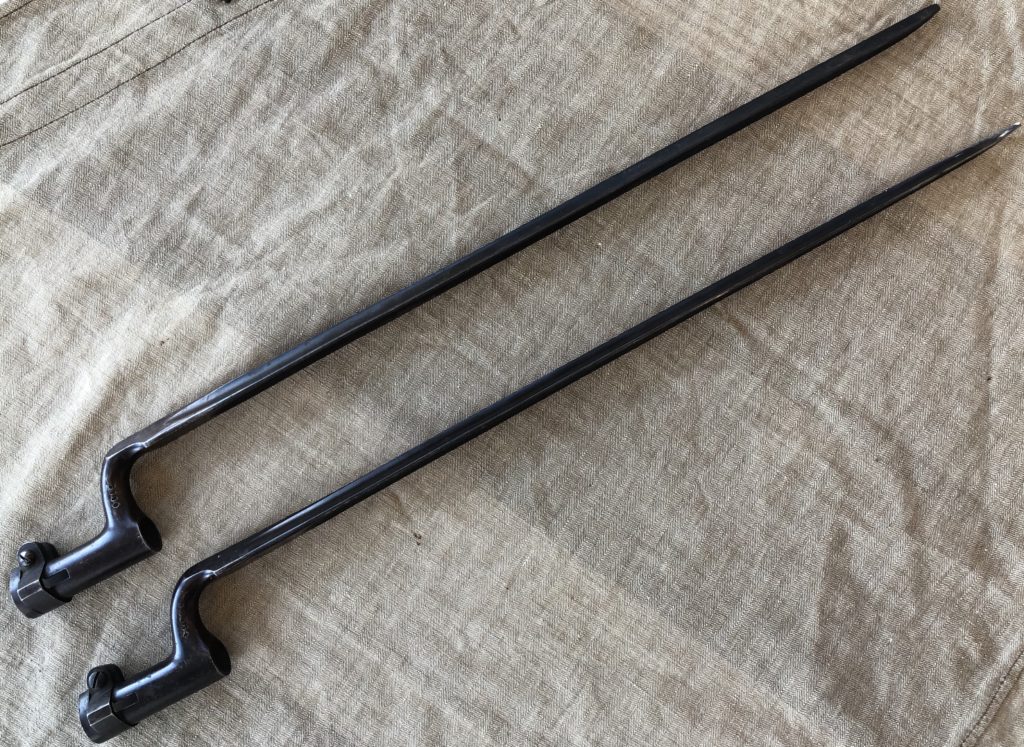 The bayonet can be identified from other socket bayonets produces in Norway, since the diameter on the socket (inside) is about 18 mm. 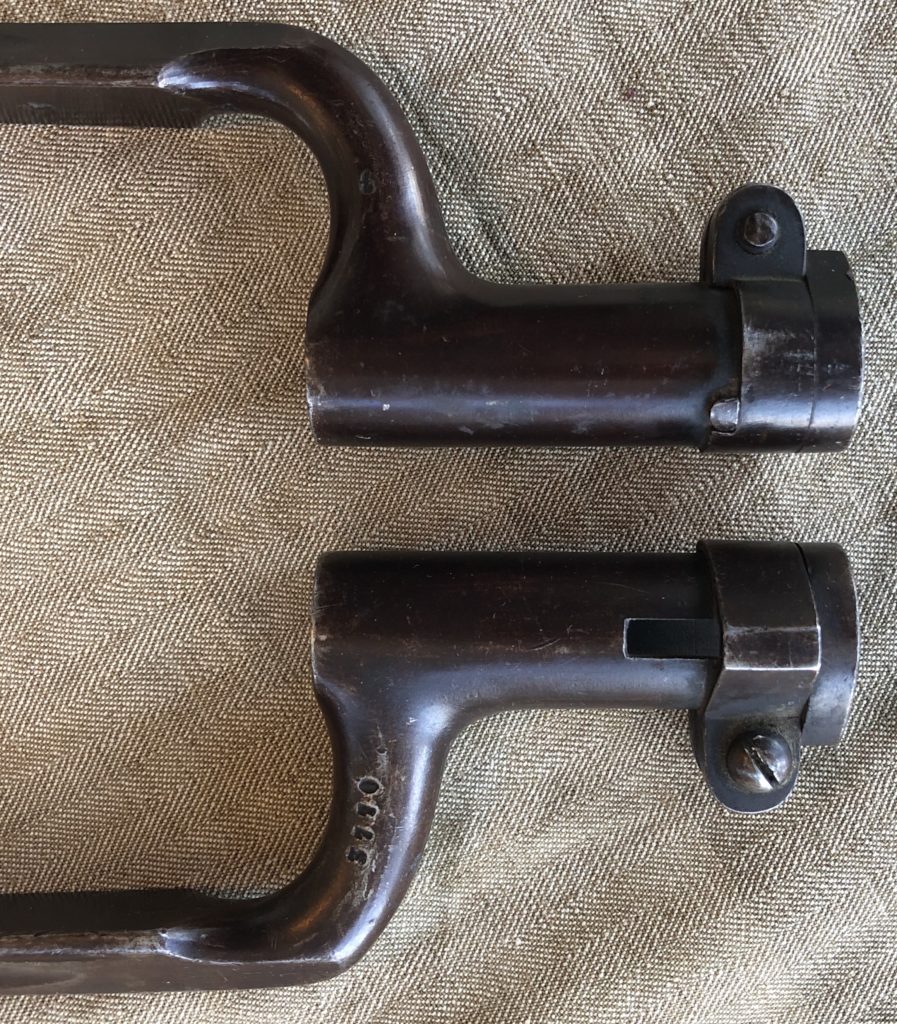 The socket seen from the side

M/1860-67 bayonet with different marking. On the picture you can see the pointy shoulders on the blade.