This page is obsolete. Please see the version in Norwegian language.

Sword bayonet in with Yataghan design and leather scabbard.

From the middle of the 1850th, the military in Norway and Sweden realised they should reduce the caliber they got on their current rifles to something smaller. In 1860 they decided on a new common Norwegian-Swedish caliber called 4 linjer (4 lines). The new caliber got used in the M/1860 chamber loader rifle. The rifle got produced at the Kongsberg Våpenfabrikk until the end of 1867, when the so called Lunds forandringsmodell  (change model) got introduced. The changes Lund introduced enabled loading the firearm with units cartridge in metal. The same year it was decided to introduce the M/1867 Remington rifle, which also could be loaded with metal cartridges.

The same bayonet type could be used both for chamber loader M/1860 and Remington rolling block M/1867. The number series is overlapping, making it hard to know to which firearm type the bayonet was original delivered.

In Sweden the socket bayonet  M/1867 got used for the Remington firearm. 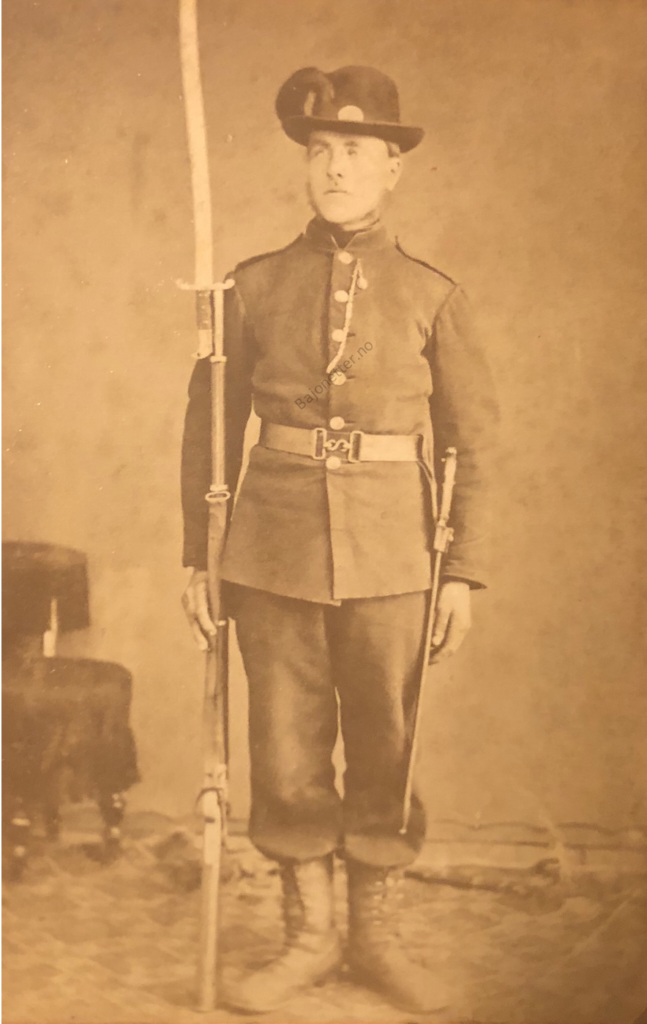 Norwegian soldier with bayonet of M/1859 or M/1860 type. Note that the soldier in addition to the long Yataghan bayonet also got a long sidearm at the picture.