In 1801, it was decided in Denmark-Norway, that bayonets were needed for the jaeger (Norwegian Jeger) rifles. The idea was to combine the bayonet and a sidearm in one weapon. The hirschfängers M/1788 and M/1791 were converted to bayonets. The M/1791 hirschfänger was already modified from the old M/1750 pallaschs. (The blade got shortened and the grip made simpler).

The conversion from hirschfänger to bayonet was made by mounting an angled metal hoop between the blade and the hilt. This hoop was used to secure the bayonet to the left side of the rifle. 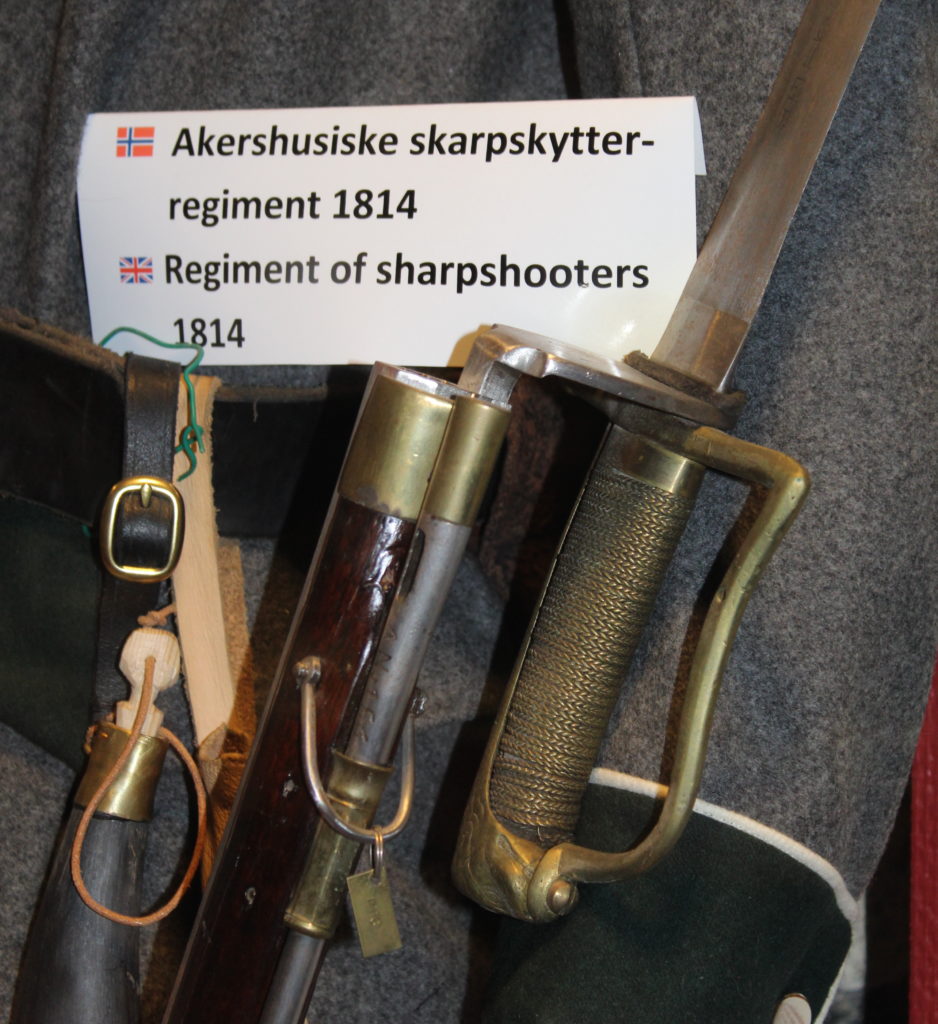 This picture shows the way the M/1801 bayonet is secured to the rifle. The picture is from the display at Kongsvinger Fortress Museum close to the Norwegian boarder to Sweden.

The bayonet design was not considered good enough, because the unbalanced side mounting and the heavy weight of the bayonet made it hard to hit any target with the bayonet mounted. Because of this the bayonet was retired in 1830. Many of the bayonets was then changed back to hirschfängere by removing the metal hoop.

The Norwegian army ordered these bayonets in 1810. 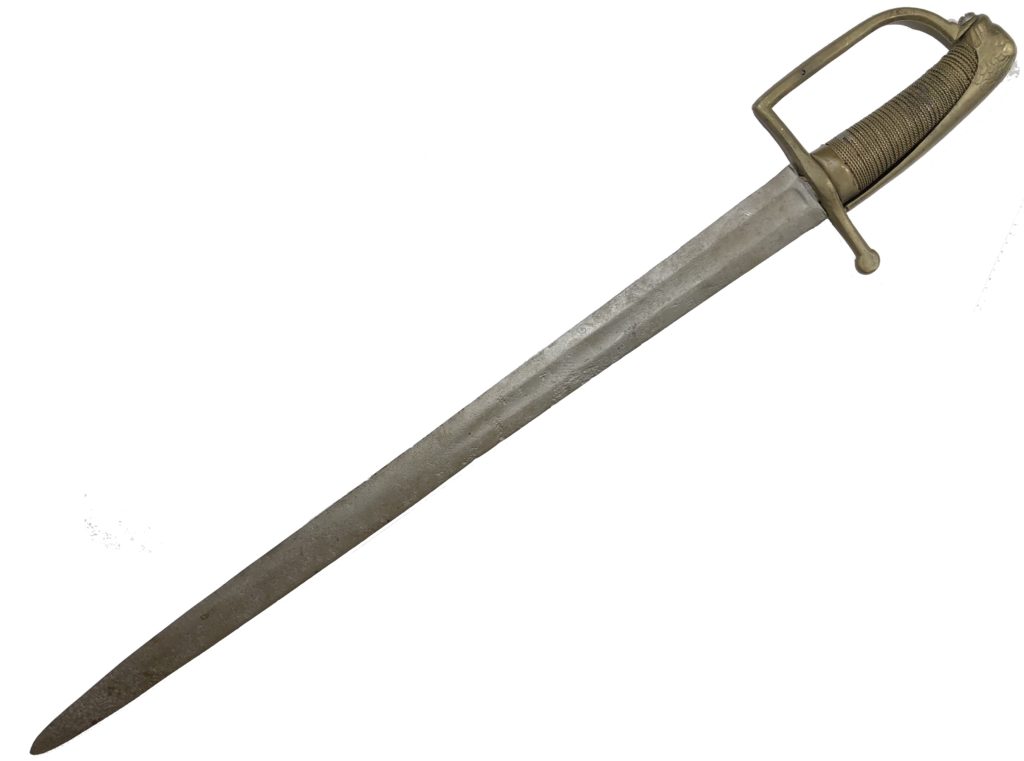 M/1791 hirschfänger. This bayonet was made of a shortened M/1750 pallasch. 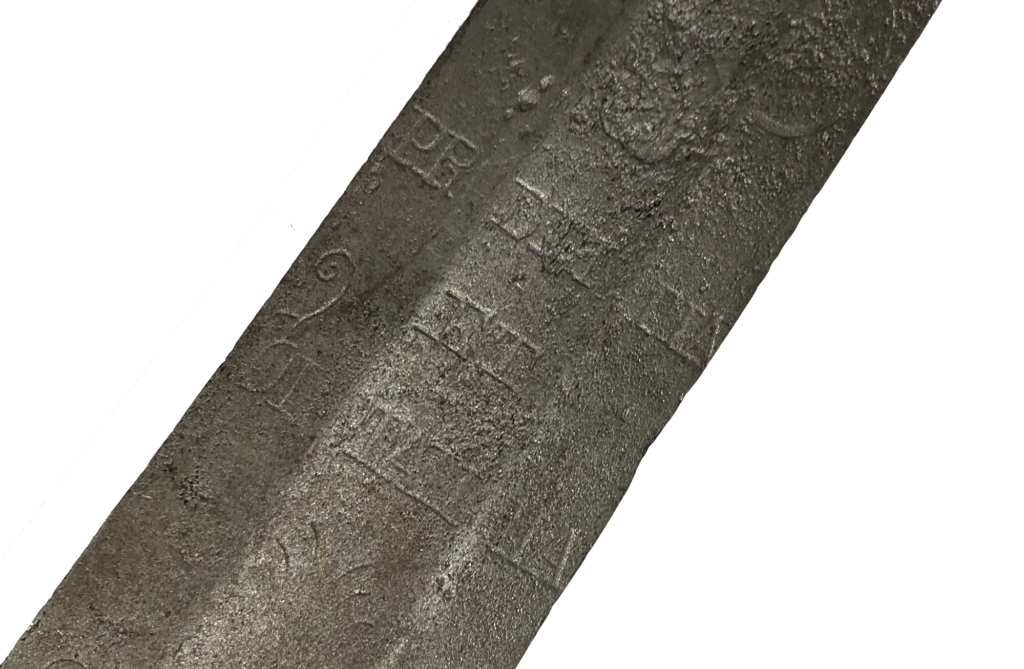 M/1791 Hirschfängeren on the picture has imprinted the motto of the Danish-Norwegian king Frederik V.  “Prudentia et constantia” (Ved forsigtighed og bestandighed). Frederik V was  king in Denmark-Norway from 1746 to 1766. 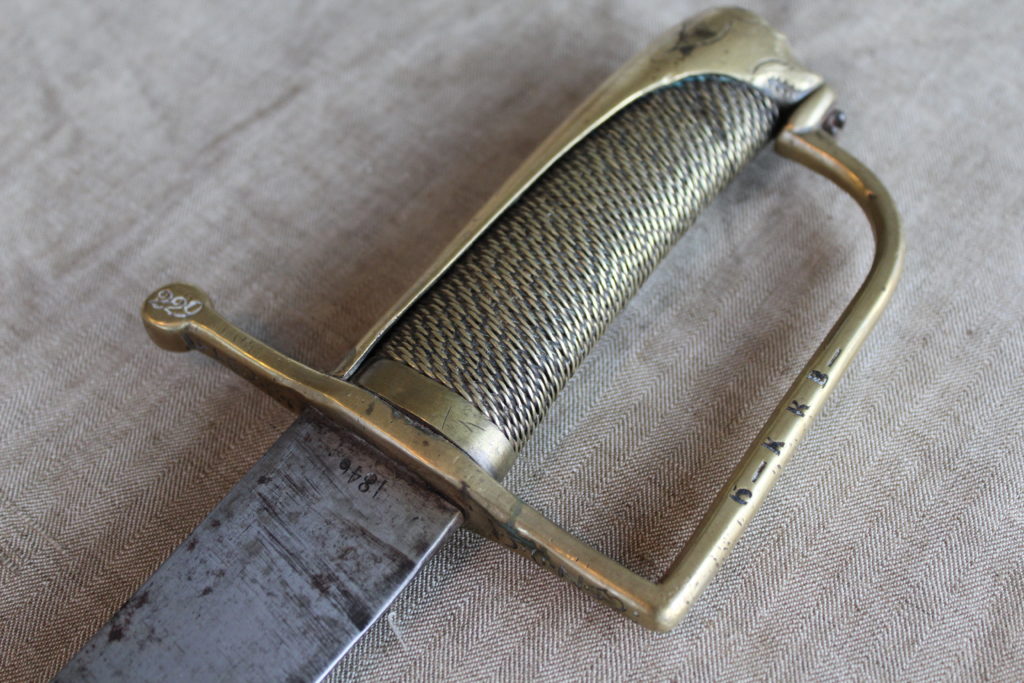 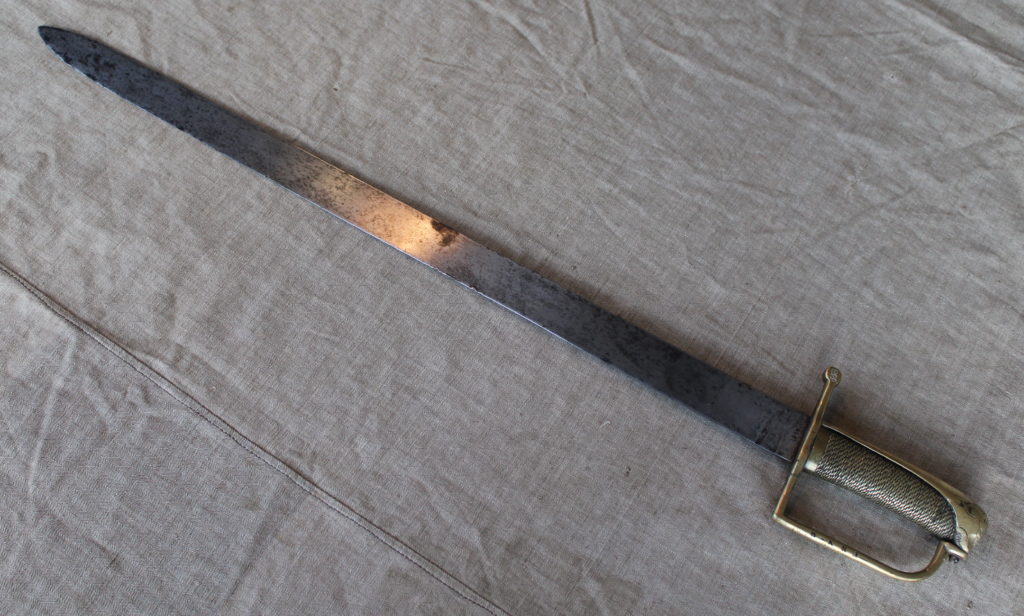