Spike and Socket Bayonet for  Lee Enfield No. 4 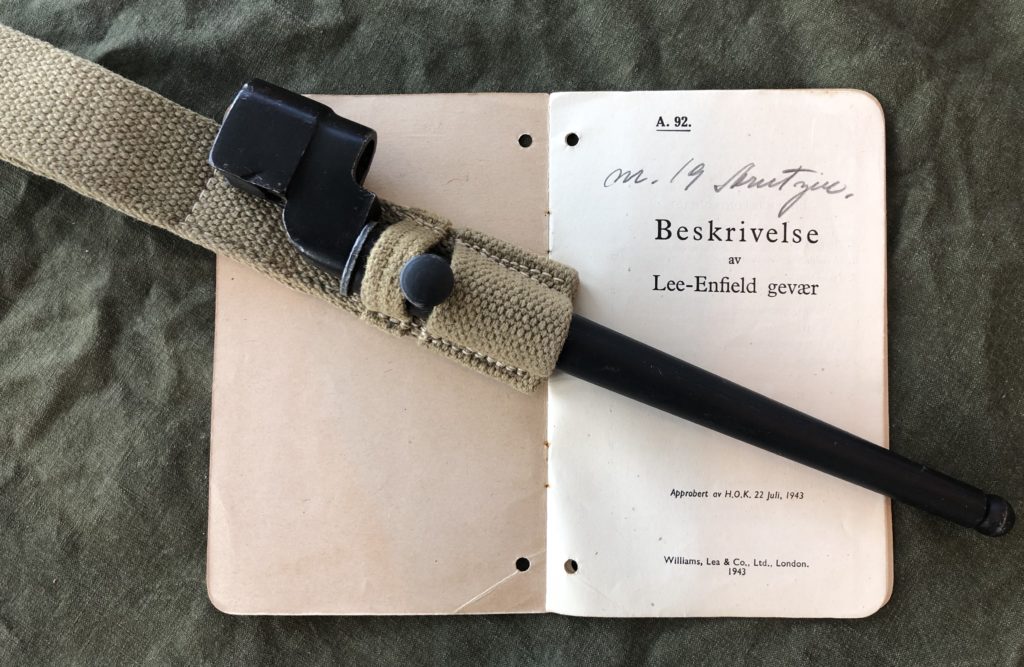 A Lee-Enfield bayonet on a user manual for the Lee-Enfield rifle. The manual was published in London in 1943.  A part of the contents includes a description on how to aim with a mounted bayonet at different ranges.

Due to lack of resources, the Lee Enfield No. 4 Mk. I rifle was supplied with a short spike bayonet.

In Norway it was most likely the Mk. II and Mk. II*N0.4 types that got used. 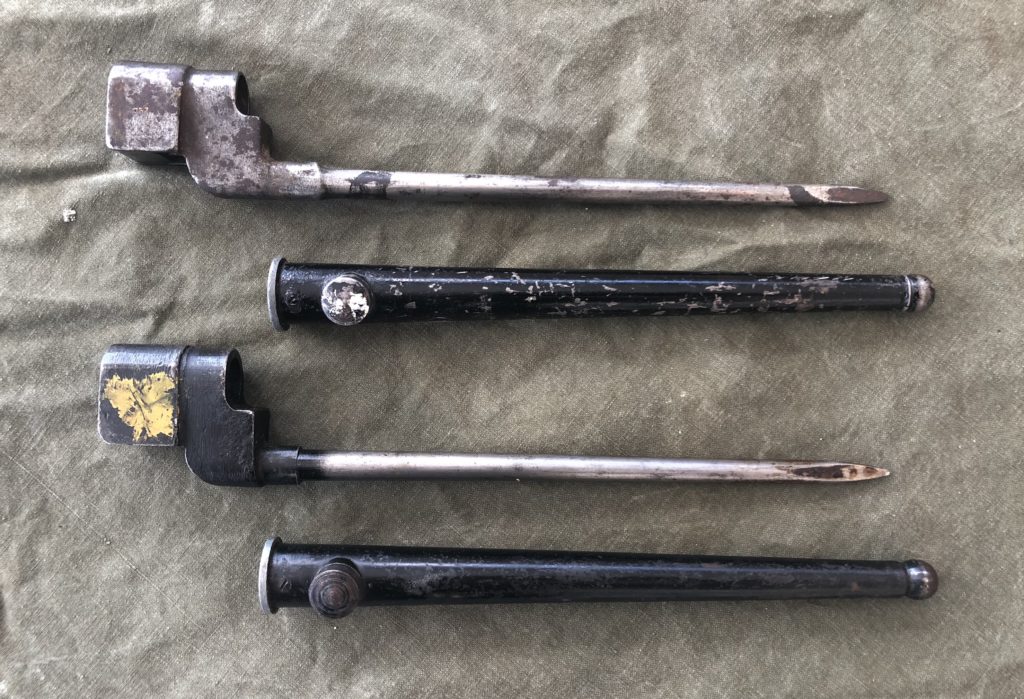 Here you will find some information about some frogs for the Lee Enfield bayonets.

The bayonet was designated M/1945 E in Denmark, and was in use there from 1946. According to Per Holmbäck it was gradually retired when the M/50 rifle was introduced.