Frog used by the Royal Guards

Gardebeltet, the parade belt used with His Majesty The King’s Guard (HKMG) parade uniform, does not have holes like the Nato belt got. Hence the Kings’s Guard needed a different way to hook their bayonets to their belt for parades. The solution to this problem was to create a black leather frog that goes between the hooks on the bayonet scabbard and the belt. 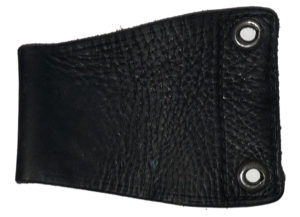 The leather frog used by The King’s Guard 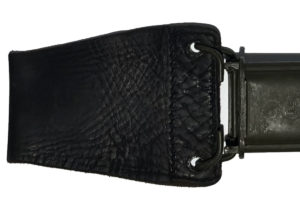 The frog connected to the scabbard 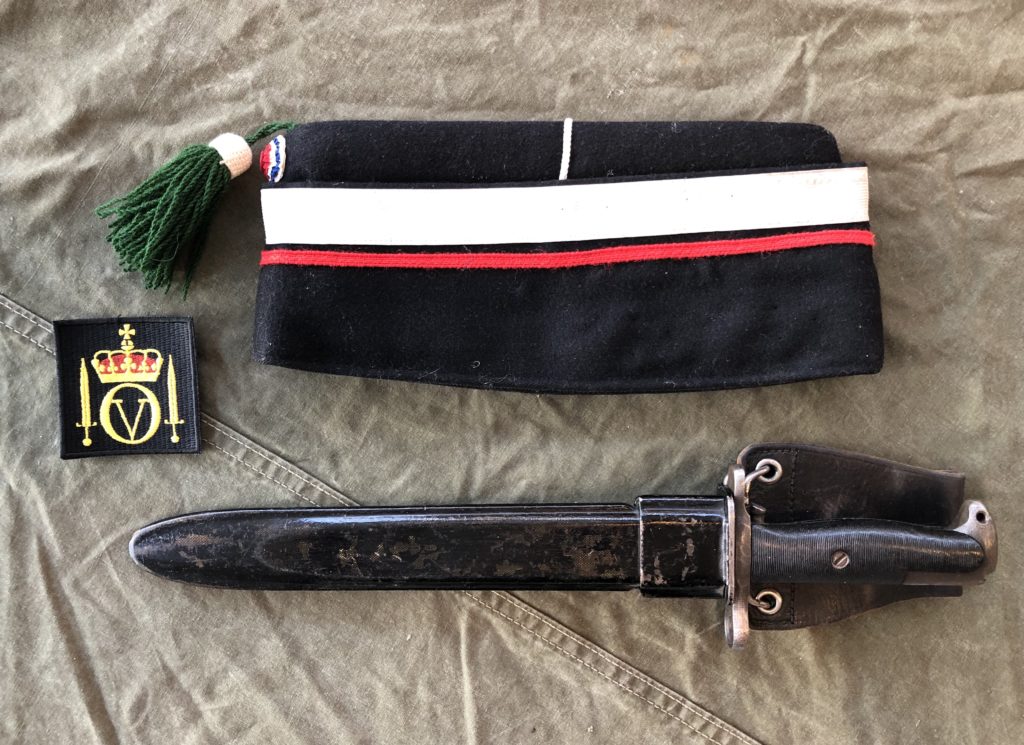 M/1954 bayonet with leather frog attached. This bayonet is used by the Drill platoon.