The bayonet frogs for the Norwegian M/1894 and the M/1916 Krag Jørgensen bayonets appears similar, but since the scabbard on the M/1916 bayonet is a bit thicker, the frog is a bit wider. A M/1916 bayonet will not fit good into a M/1894 frog. If it is forced in, it might get stuck. 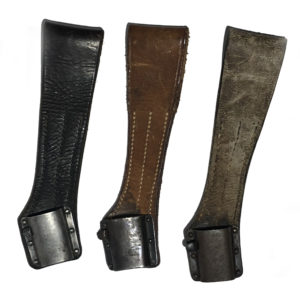 The first 3,720 M/1916 bayonets that got produced were delivered with a scabbard where the frog was an integrated part of the scabbard. The rest was delivered with the normal type of scabbards. 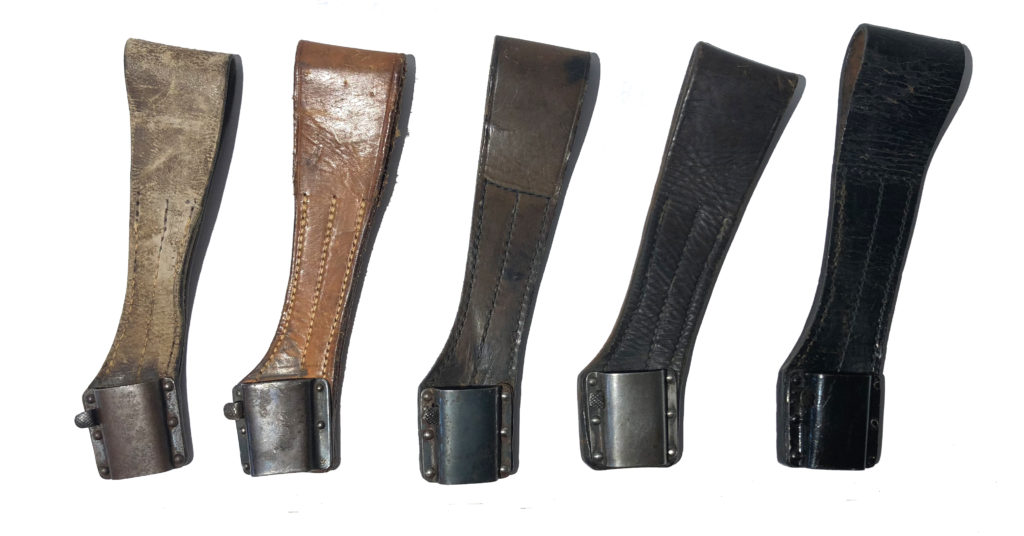 The Norwegian National Guard (Heimevernet), that was created in 1946, used Krag-Jørgensen bayonets for a time after WWII. Because of shortage on bayonet frogs after the war, they ordered some new frogs. AS shown below, the leather of this frog is a bit narrower.