The M/1950 knife bayonet is a Danish produced version of the US M1 bayonet (M/1942) for use with the M1 Garand Self Loading Rifle.

The bayonet used a plastic scabbard in imitated woods, but there is also a black version, used by the Danish Royals Guards. For this version the scabbard is painted black and the blade is parkerised. 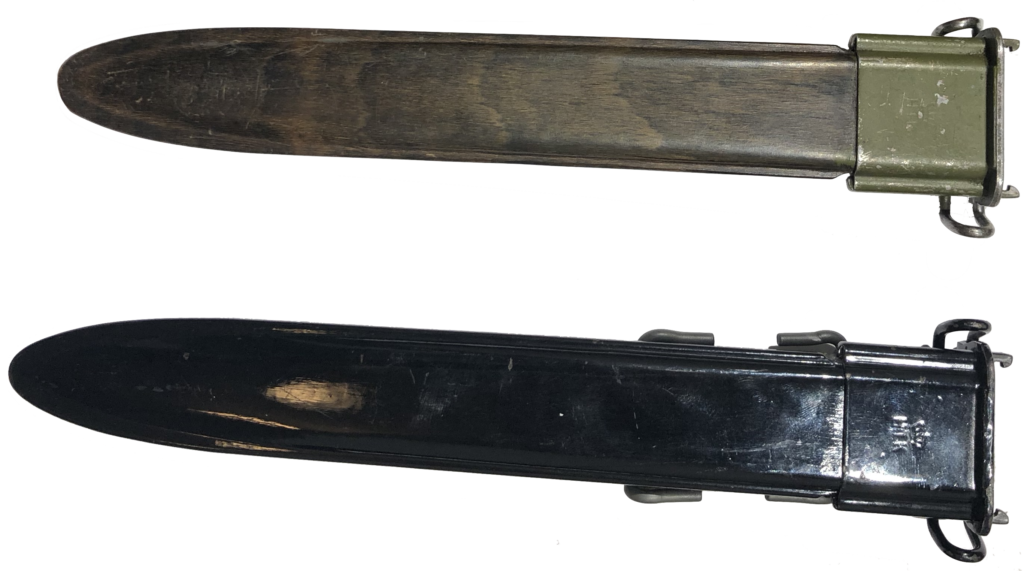 Information about the frog for the M/1950 you will find here.